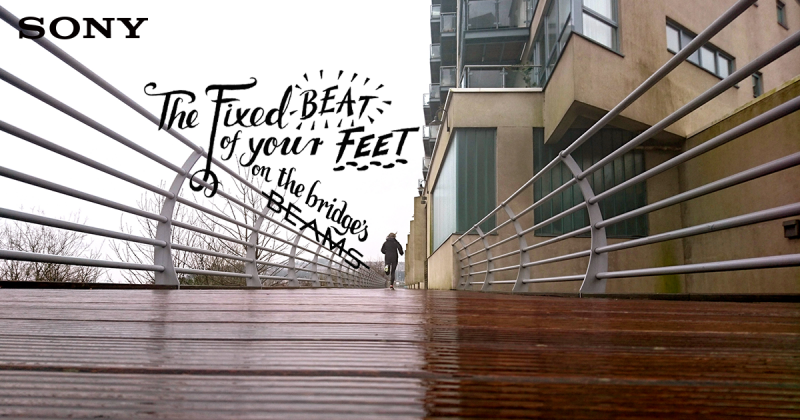 Sony Mobile and creative agency Hey Human launched two social media campaigns in December 2015 and January 2016 with the help of The Poetry Society. Members of the public were invited to capture a fleeting festive moment or an inspirational landscape shot from a jog or other fitness activity, and share those wintry photos with the hope of inspiring a poem from our team of poets.

New micropoems were written in response to people’s pics daily and circulated round the world via Facebook, Instagram and Twitter. (Participants also got a chance to win a Sony Bravia TV and an Xperia Z5 Premium smartphone, but we’re sure the joy of winning a poem dedicated to their Christmas jumper or jogging route would have been inducement enough).

These were definitely the most micro poems I’d ever written. Brevity is always a virtue in my book, but writing tweet-length poems was another level of concision. I loved the challenge of writing micro poems in response to such inspiring photos. Like an early morning training run it could sometimes prove difficult to get going, but as soon as I found a rhythm, the whole thing came to life. Hopefully I did the images justice. Ben Wilkinson

Favourite entries video montage, with some of the poems read aloud:

Blog posts and poems from the Festive Fitness campaign:

The fixed beat of your feet on the bridge’s beams,
the rattle of rain on your softshell.
The burn in your lungs, the breath as steam—
and the miles that disappear into that running dream.

Your trail turns, cuts through to the heart of a wood,
as deep as your breaths here in thin air.
You’ll be gone in the time it takes to stop, to stretch, to wonder—
running this wild zone of the city you never knew was there.

In early peace in the city park,
the sky all blazed pinks and faded greys.
The silence of this hour alone, and you alone in the hour—
this is your spur for a new and pristine day.

The fixed beat of your feet on the bridge’s beams,
the rattle of rain on your softshell.
The burn in your lungs, the breath as steam—
and the miles that disappear into that running dream.

These boots have trekked this morning miles
to reach rolling blue beyond a rocky ledge.
Time to soak it all in, wait awhile
As white waves foam at the world’s edge.