The Poetry Society marked the 400th anniversary of Shakespeare’s death in 2016 in various ways throughout the year, with events, exhibitions and educational resources offering opportunities for people of all ages to celebrate Shakespeare 400.

The Poetry Society is one of the many cultural, creative and educational organisations that contributed to Shakespeare400. Coordinated by King’s College London, Shakespeare400 marked the 400th anniversary of Shakespeare’s death with public performances, programmes, exhibitions throughout the quatercentenary year.

Poet A.E. Stallings judged poems written by members of The Poetry Society in response to a Shakespearean sonnet for the winter 2015/16 Poetry News Members’ Poems Competition. Winning poems were published in the Poetry News and are available to read online. 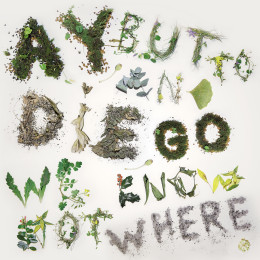 The Poetry Society and Middlesex University presented a new typographic response to Shakespeare’s sonnets, featuring thirty young graphic design students who have responded typographically to some of Shakespeare’s most intriguing lines. Showing at The Poetry Café in Covent Garden until 7 May 2016.

Tongues in Trees, Books in the Running Brooks – workshop and reading

The Poetry Café held a day-long workshop on 23 April 2016 – Shakespeare’s birth- and death day, led by A.B. Jackson, taking the Bard’s words to create found poems and erasures.  This workshop was run in partnership with the Poetry School; visit the webpage for more details.

Later, that same day in the Poetry Cafe, A.B. Jackson was joined by the Athens-based poet and classicist A.E. Stallings for a Shakespeare-inspired reading, in a display of brilliant bardic resampling with references to Shakespeare, Pliny and Lucretius.

The Poetry Society’s Young Poets Network hosts writing challenges for young poets aged 11-25, and in 2016 featured a series of Shakespeare-inspired prompts. These included a challenge based on Henry V, where poets were asked to write work about the Battle of Agincourt which took place 600 years ago to enter into the Agincourt 600 Poetry Competition.

Poetryclass, The Poetry Society’s programme of resources for teachers, also contains new ideas for approaching Shakespeare’s poetry in the classroom.