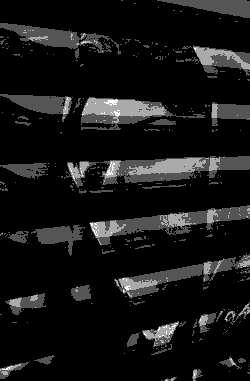 In the late 1970s and ’80s, my mother and my aunt, while still attending university in Kabul, were politically engaged with RAWA, the Revolutionary Association of Women in Afghanistan. The activist group was led by young female student Meena Keshwar Kamal, who dedicated her entire life to advocating for women’s rights, social equality and Afghanistan’s independence from the Soviet-backed government. While my mother and aunt were incarcerated because of their involvement but ultimately managed to flee the country and find stability in the West, Meena was assassinated on 4 February 1987, by people who are widely believed to have been associated with the fundamentalist Mujahedeen leader at the time.

Even before I grasped the severity and singularity of her cause, I was fascinated and obsessed with this strong-willed figure whose life was about making others’ – mine, ultimately – better and safer. She also seemed so far removed from what the West caricatured an Afghan woman to be: backwards, veiled, quiet, “voiceless”, and living in the shadow of a man. On International Woman’s Day, flyers with her face were posted across the campus at Goldsmiths, and I encountered a street named after her at a small socialist festival near Berlin. I tried to write this poem – about her, about her life’s dedication, our connection through my mother, and the nuances and complications of my own life as an Afghan woman in the West – for years. Fragments of Meena poems are scattered in all my notebooks, my phone apps and hard drives. Frankly, she haunted me.

At first, it was important to me to respect her by writing about her activity through a documentary lens: ensure accuracy, unearth archives, interview people, weave in her own speech, her words, her vision. All this proved to be an attempt to avoid gimmicks. Consequently, the research accumulated and grew into its own project, which is still very much in progress. It began to become impossible to write about her, much less about her assassination; all evidence I had was flawed and fleeting. After abandoning this overwhelming task for a while, I reread Paul Celan’s collected works for a class I took with Ed Hirsch. Celan’s refusal to engage with documentary, his self-imposed formal impediments and the choking restraint of his language suddenly unlocked in me the doors to mythology. His work taught me that some of the most visceral experiences do not need to be trawled into the grid of our comprehension. Instead, they should continue to live in the realm without language: like memory those experiences are unreliable, indefinite, volatile.

Creating my own myth seemed the only way to access her story. ‘Fata Morgana, 1987’ particularly shadows Celan’s ‘Shibboleth’ – the figure dragged into the market, the flags and the tumultuous relationship to one’s country are tropes I imitated. However, I also tried to create a shifting, swirling poem that glitters in the distance. The title suggests a flawed reality, a superior mirage that rapidly changes and displays both stretched and compressed visuals. Visuals in this case are cultural markers. Zarathustra for instance constitutes both part of Afghan pre-Islamic culture and, through Nietzsche’s help, part of Western intellectualism. I was interested in the intersection of the ‘preconscious’ Orient with the ‘conscious’ Occident, the gentle collusion of two cosmoses on many kaleidoscopic levels. The speaker sees the subject of the poem, Meena, as the harbinger of a fata morgana: around her, a disappearing architecture and a collapsing landscape that is as alive and throbbing as the trauma it incurs.