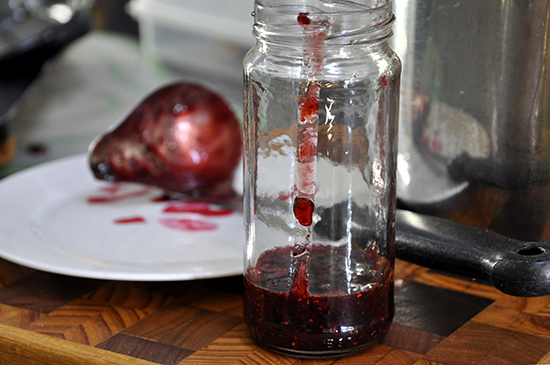 Bruno Latour’s phrase “the slight surprise of action” is the epigraph to Human Work. The poem – like Bee Journal this is a whole single poem made of poems – is set entirely in the space of a kitchen between a table and a stove; in front of a sink beneath a window: a kitchen-space held in the concentrics of a hearth kept warm (or left cold) by someone cooking, eating, being alone or set adrift in company. Recipes are learnt and remembered. Each recipe implies a map; geographies of distance combine in the mix of ingredients. Stories converge in the mealtime telling, from the growing of food, in its preparation, in the space that is the kitchen. Stories and food are prepared together; when shared, they are changed in the sharing. Between the event of each meal the kitchen lies fallow; a continuity of unrecorded domestic time; an unpeopled stage. Writing whilst cooking brought a pressure to the act of cooking, frenzy and surprise to the act of writing; a newly defined working grew in the process.

The figures of Hestia and Hermes shadow these poems. I had this idea of theatre in its basic sense as a transfiguring of the human into character. Hestia’s voice enters the poem: a voice at the hearth. Hestia’s name means hearth. In Greek mythology she gave up her seat in the Pantheon to be keeper and goddess of the hearth – not of the fire but of the hearth. There are few stories that include her yet there she stands in every Greek city represented by the Hestia, the public monument that marks her abiding power to hold civic life together. In contrast, Hermes, the messenger, is perpetually coming and going as he seeks and delivers news. In these poems he embodies those who arrive when food is cooked and those changed figures who wander out after the meal is over. This god is the fluctuation and the substance; the cause and the carrier of stories. A god is a certain kind of energy. Hermes is the food we bring into the body; ritually prepared, fetched from near or far, made enticing and palatable enough to ingest. There is a hinge between Hestia and Hermes, a force of two dimensions: the home and the road. Between these two dimensions is human life: human work.

Voices at work grow specific. In a kitchen-bound theatre of the singular and specific voice – a place of resounding limits – the world is eclipsed by the task in hand. The ‘vocality’ of that domestic arena takes on a special, deep kind of concentration. Everything becomes relatively potent against the submerged darkness and brightness and business of the world at large. But food – and it took handling food so intensely to remind me – is the world at large. A small irregular noise of stirring Irish oats into Polish milk; a sudden change in the colour of Norfolk broccoli to vivid green seen once only; the burning of anchovies from the Alboran Sea; the disappearing pinkness of meat from New Zealand greying against hot fat over a flame in north Somerset. All powerful events. All geographically dramatic. This is a poem that happened on site over two years: biography-in-action. Writing inside a ritual of cooking.

Food is identity and vitality or dullness. It is a matter of approach. What is granted by making food for others is a body of people. People are changed or re-charged by taking food – and with food, ideas – into their bodies. I wanted to capture all of this in an obsessive homing-in (literally in physical home space) on the one act – cooking – that records and holds. By staging the alchemy of writing inside the kinetics of another alchemy – that of cooking – the two (I hope) mutate or combine a little. The poem leans into the food, the food leans into the ribs of the poem. The human body leaning into the patterns of domestic life itself – by itself – in thinking about and preparing for the intimacy and otherness of the self with other people. This is the power of any recipe: its latent yearning to bring things together, to feed the body. A recipe prompts; incites. What can get as close to us inside of us as food?