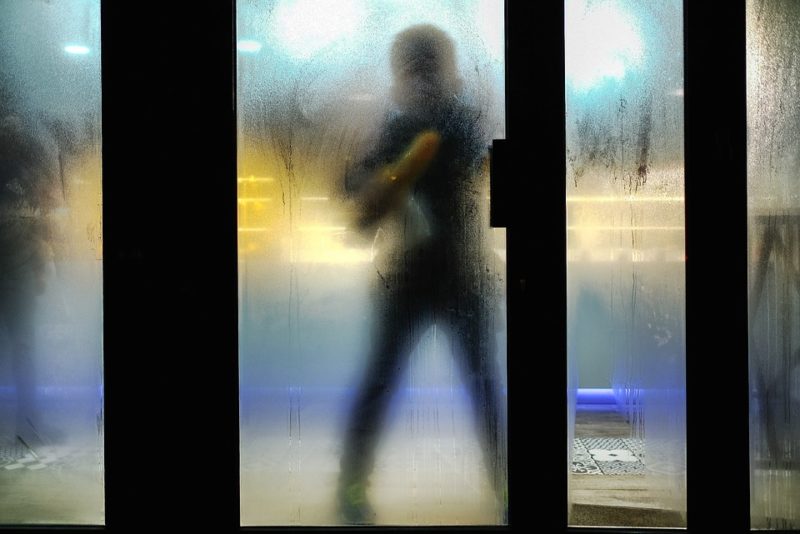 On the evening of 14 December 2016 I smashed a glass and, on my hands and knees trying to clear up the perilous hellscape of invisible needles and razors, I thought, this is bullshit. For such a widely used material, glass sure does have some downsides, I thought. Then, as you train your brain to do over years of writing poetry, a little flag went up in my semiconscious and I thought, that’s an okay-sounding sentence (maybe because of the eye-ooh-ear stressed vowels before the comma, and the mix of esses and dees in the second half, I guess, looking back?). I wonder what it means, beyond its literal meaning. What question could it be made to ask?

So I set off, over the next two years, one month and fifteen days (between breaking the glass and submitting the poem to The Poetry Review), to try and find a way of figuring out how I could make rich – or just make interesting – the comparison between glass and love. Or, how can I make a poem which enacts the feeling that something might be gloriously, perfectly apt, right up until the moment it breaks, when it’s far worse than it was good before it broke.

Pretty early on I hit upon this form, where by constantly referencing “the beginning” and “the middle”, the spectre of “the end” is gradually, cumulatively summoned, right up until the breaking point at which it can’t either be mentioned or not-mentioned, and the poem shatters into non-poem. After that it was mostly just getting the trajectory right, following up leads and weeding out clumsiness.

Also, glasses get chips and cracks all the time, don’t they, that may or may not precede their fully breaking. I hope that’s in the poem too (is numbness contentment? is turbulence attrition or excitement?).

Also, I now realise, it’s a poem about cliché – cream and peaches, bulls in a china shop – these now-defunct similes which no longer register the strangeness they profited from originally [meaningful silence].

Also, I couldn’t resist taking the piss out of the sudden fad in poetry for using the term “kintsugi” as a metaphor all the time. My apologies to the many hundreds of people who’ve used this word in poems in the last couple of years.

Read Joey’s poem ‘For Such a Widely Used Material, Glass Sure Does Have Some Downsides’ published in the Summer 2019 issue of The Poetry Review, Vol. 109, No. 2.