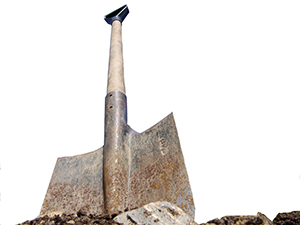 Jan Wagner’s poems in The Poetry Review, ‘the castle’, ‘the burning grove’ and ‘evensong, lago di como’, come from his collection Australien, one “in which travel plays a central role,” he says. But we are not dealing with travel literature here or its poetic equivalent. The epigraph to the book is a quote by Álvaro de Campos (one of several imaginary poets and pseudonyms created by the Portuguese writer Fernando Pessoa): “One is happy in Australia, provided one doesn’t travel there.” It indicates that from the outset we are on shifting ground. “Setting out towards vanishing points or places of refuge might not necessarily mean being able to arrive or even wanting to arrive there,” Jan says. “The five sections of the book are entitled ‘North’, ‘South’, ‘East’, ‘West’ and, finally, ‘Australia’. It goes without saying that Australia is not reached – may not be reached – in any of them.”

Perhaps this concept of ‘Australia’ can exist only in the imagination, as a myth, at the fifth point of the compass, reachable only if, as a child, you believe that if you dig long enough you will eventually get there. Rather like the two boys in the collection’s title poem who, one evening, observed by a solitary koala bear, emerged mud-covered from the ground, counted to ten and “disappeared into the mythical”, leaving their spade standing upright beside the hole “like a flag pole”.

Jan has been praised for his light touch, the clarity and precision of his imagery and his attention to the minutest details, as well as for what he calls “the concentrated visual and metaphorical event, the sudden convergence of disparate themes” in one short stanza. But, as he points out, “the various descriptions of places, objects, animals are not generally based on experience”. His poems in The Poetry Review are exceptions in having been written on Lake Como (‘evensong, lago di como’); in deriving from walks along the Atlantic coast in France (‘the castle’); and as a summary depiction of a long Italian summer near Rome(‘the burning grove’) – “of heat, drought, village fairs fireworks and forest fires.”

Jan uses poetic techniques with great playfulness and bravura, especially assonance and slant rhyme which he often prefers to full rhyme – someone admiringly called him a “rhyme avoider”. He is masterful in his handling and manipulation of traditional forms. His poems are a challenge for a translator because you have to look so carefully at their inner workings – what metals, what small cogs, alloys and tiny gem stones have gone into them. It’s like dismantling and reassembling a watch to get the mechanism going again, ticking as lightly and rhythmically as before. In the first stanza of ‘the castle’, the German near-rhyme words Zinne and Sonne can be easily be translated as “pinnacle” and “sun”. There is the added wordplay of “we balanced on the pin-”, although this meant making a line break of “pinnacle” (“pin- / nacle”), a trick that Jan himself uses a lot. But more often than not this is just not possible and one has to come up with some equivalent and hope for the best, as for instance in “prisoner”and “ignore”, or “sizzling” and “cisterns”.

There can be an eerie, menacing quality to Jan’s poems – alien creatures appear and even ordinary ones can metamorphose during the course of a poem into something quite otherworldly, like the octopus in ‘the castle’ that the tide makes a captive in a rock pool. It is described not so much in zoological detail but in all its self-contained and mysterious strangeness. More than halfway through the poem a surprising shift of register takes place, lifting it out of the physical into another elevated sphere. Such startling moments of transcendence happen frequently in Jan’s work. As he himself has said, it is one of the great strengths of poetry to restore the mundane, the disregarded, to its rightful place in the realm of the miraculous.