Skip to content
Home >Publications >The Poetry Review >Behind the Poem >Philip Gross on the hinterland of ‘The Players’, ‘Ways to Play’ and ‘On Poetic Form’
News About Search Donate Shop 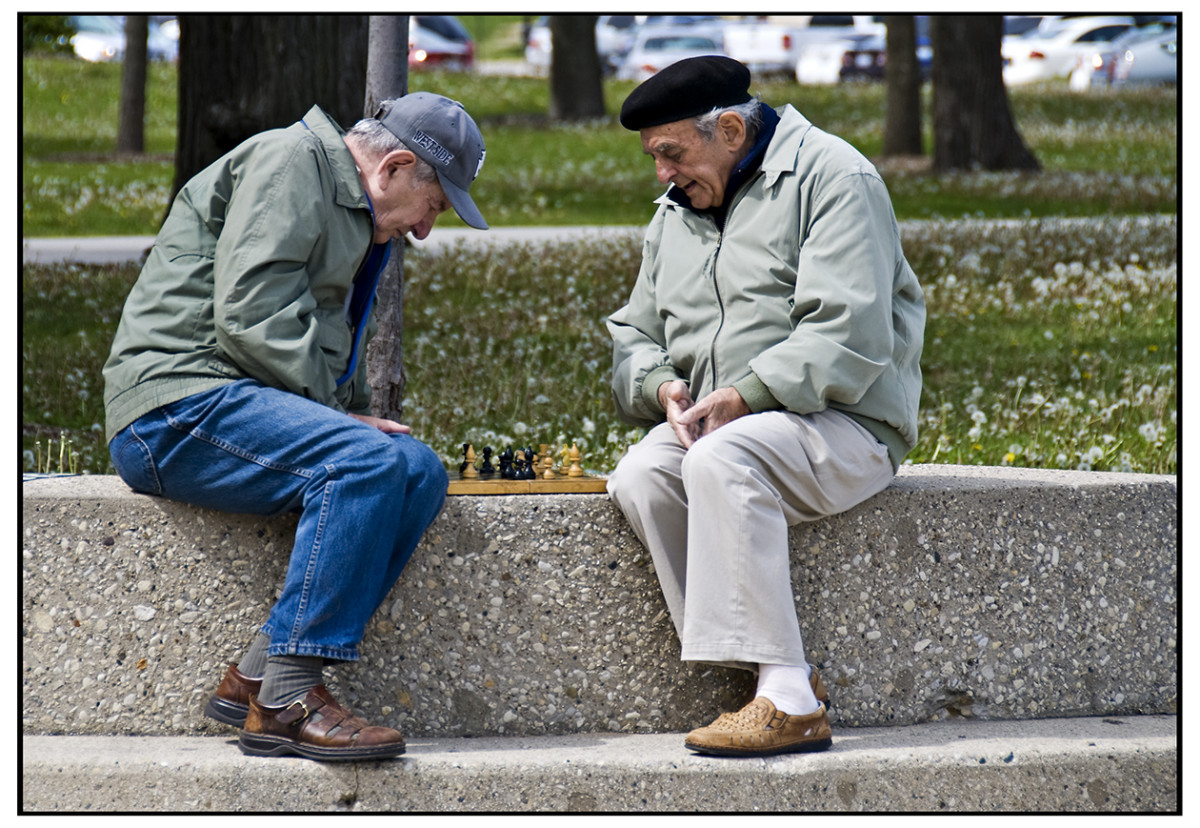 In the popular mind, two stereotypes confront each other as opposites. The chess player and the poet. One, all cold calculation, scheming, powered by hyper-conscious logic with no heart… The other… well, you know how we poets are romantically meant to be. Now think again.

The chess playing mind, like the writer’s, lives in possibilities, great branching arrays of them. If I do this, then… the answer will be A or B or C. If A, then… this or that or this, but if B… So on, out in fractal patterns till, by the sixth or seventh move ahead, you are juggling alternative universes, courting uncertainties, holding all the possible worlds in suspension. Keats might recognise this: Negative Capability.

And of course, it’s beautiful. Aren’t even the freest of free verse poems clicked into place by a sense of a pattern emerging?

… the cut-glass combinations on a waiter’s silver tray
of poise and tremor, upheld,
tinkling, nothing spilled yet but angles of light…

Those are lines about my father’s last months, when most everyday abilities had deserted him, but he could still dwell freely in those five-or-six-moves-ahead combinations in chess.

It is not that chess is full of meanings. Quite the opposite. But paradoxically it may be this transparency, the sense of angles of light playing through facets of glass, that attracts so many cultural resonances to chess – all the way from the (for me) hugely civilised image of chess boards laid out for any one to play in public places… through to Death’s appearance at the chessboard in The Seventh Seal. Sometimes they merge a little. Looking at those middle-European old men deep in the trance of the game, they seem to have stepped a little outside time, language and history. Or maybe the game they are playing, unbeknownst to us, is history?

It may be inevitable, given its antiquity, its ability to cross frontiers, to be played in peace and war, that chess seems more than a game. Or, contrariwise, that to see the hierarchies of king and queen and court reduced to counters reminds us that in some stepped-one-step-back perspective many things that seem urgent to us might appear like a game. Much like the formal play of poetry itself, it undoes our everyday distinctions between the serious and the playful, and between artifice and truth.

Am I a chess player? I was. Somewhere I have a little tarnished silver cup: Devon under-15 champion. I didn’t continue. My body knew that eight-hour sessions crouched with the ticking of clocks, among old men and scary pale little boys like myself, was not what it needed. Besides, the one-to-one combat of it seemed not quite the point. (Don’t get me wrong: I quite like winning. But I also know it’s a distraction; fundamentally, it’s not the point.) I wanted to be playing possibilities, the game of what-ifs, with the whole world, and with all the senses. Where else could that lead but to stories, and to fiction, and to poetry?

Philip Gross’s ‘The Players’ was published in The Poetry Review, 104:2.