Skip to content
Home >Publications >The Poetry Review >Behind the Poem >Rebecca Perry: on the beach, playing dominos
News About Search Donate Shop 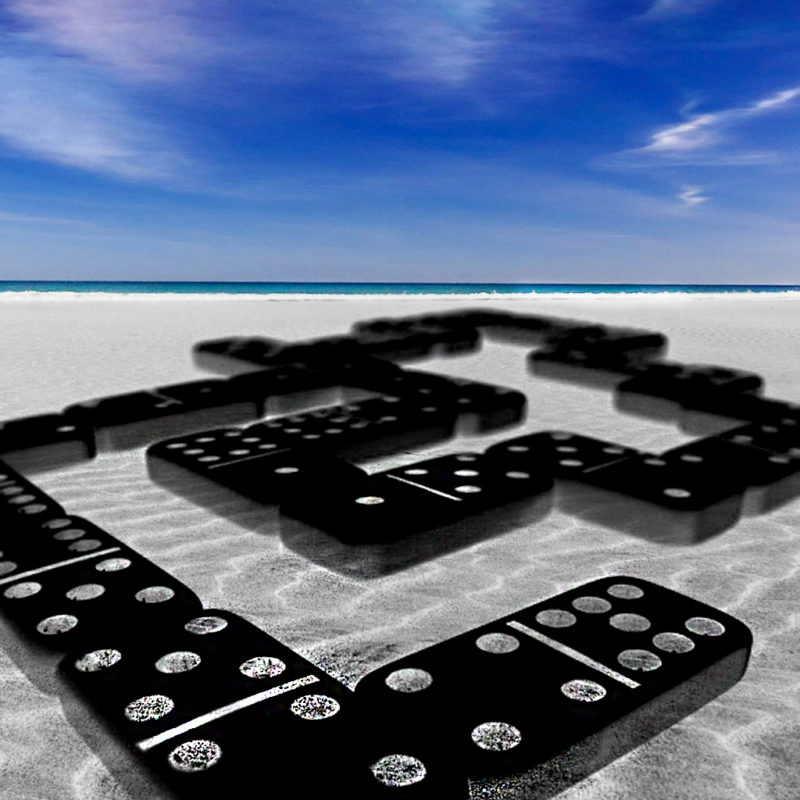 I settled on the title beaches for my (non-existent) second book before any of the poems even existed. It seemed to make an odd sort of sense, this incredibly presumptuous and totally arrogant naming of a thing, so I let it settle in my mind for a while. Things were feeling quite floaty and strange for me, and for many months I couldn’t write. I was eking out these weird half-poems that I couldn’t quite finish or work out – preoccupied by history (suitably vague), the body (as signified and signifier), eggs (so much symbolism, fragile, delicious to eat) and, crucially, sand and beaches (suitably atavistic and attractive) – getting nowhere.

Then there was a time – which coincided (not coincidentally) with moving regularly between two cities for work, spending a lot of time on trains, and trying to teach poetry – when I was (re)reading Claudia Rankine’s Citizen, Maggie Nelson‘s Bluets, Kate Kilalea’s Hennicker’s Ditch, Melissa Broder‘s So Sad Today. I was working on a piece on Bluets and – I apologise sincerely for quoting myself – wrote, “Speaking in one interview of Sir Thomas Browne’s preoccupation with metempsychosis, or the transmigration of souls, Nelson speaks of ‘the wild and productive gambit’ of leaning against other texts, histories, the lives of others – ‘a blurry unity’ of consciousness.” It struck me quite suddenly that there was really no need to be so neat about things. Maybe it was fine to try and write a sort of mesh of poems, to allow connections of seemingly disparate things, if it felt correct or if they leapt out. I think in the past I’d tried to keep my poems quite isolated from one another, seeing overlap as a weakness or laziness of sorts, or betraying a lack of imagination. Anyway, I decided to change my mind about that.

The poems, of which there are ten or so, have since been the result of mental dominos – ‘beaches (1)’ came about after I’d written a poem for For Every Year about a miniaturist painter who was married to a botanist; I then wrote a tiny thing about the subject of a miniature painting. The second in the sequence is about a (many-years-old) heartbreak I associate with a particular house, near a beach, that was full of portraits. I met up with the cause of the heartbreak for a drink, we discussed the prevalence of eggs in our poems, I wrote ‘beaches (3)’ thinking about eggs and sand, love and Jasmine from Aladdin. That got me thinking about The Second Sex and de Beauvoir’s observations about Disney princesses, which sparked ‘beaches (4)’, with a woman alone in a destroyed world, who sits down to watch herself cry, and so on. I’ve no idea what will become of the poems or how many there’ll be, but it feels quite freeing to work on something a bit more sprawling.