“Clast” is a fragment of geological detritus, a crumb of sedimentary rock composed of lots of other broken and stuck-together pieces of mineral and rock. I explored 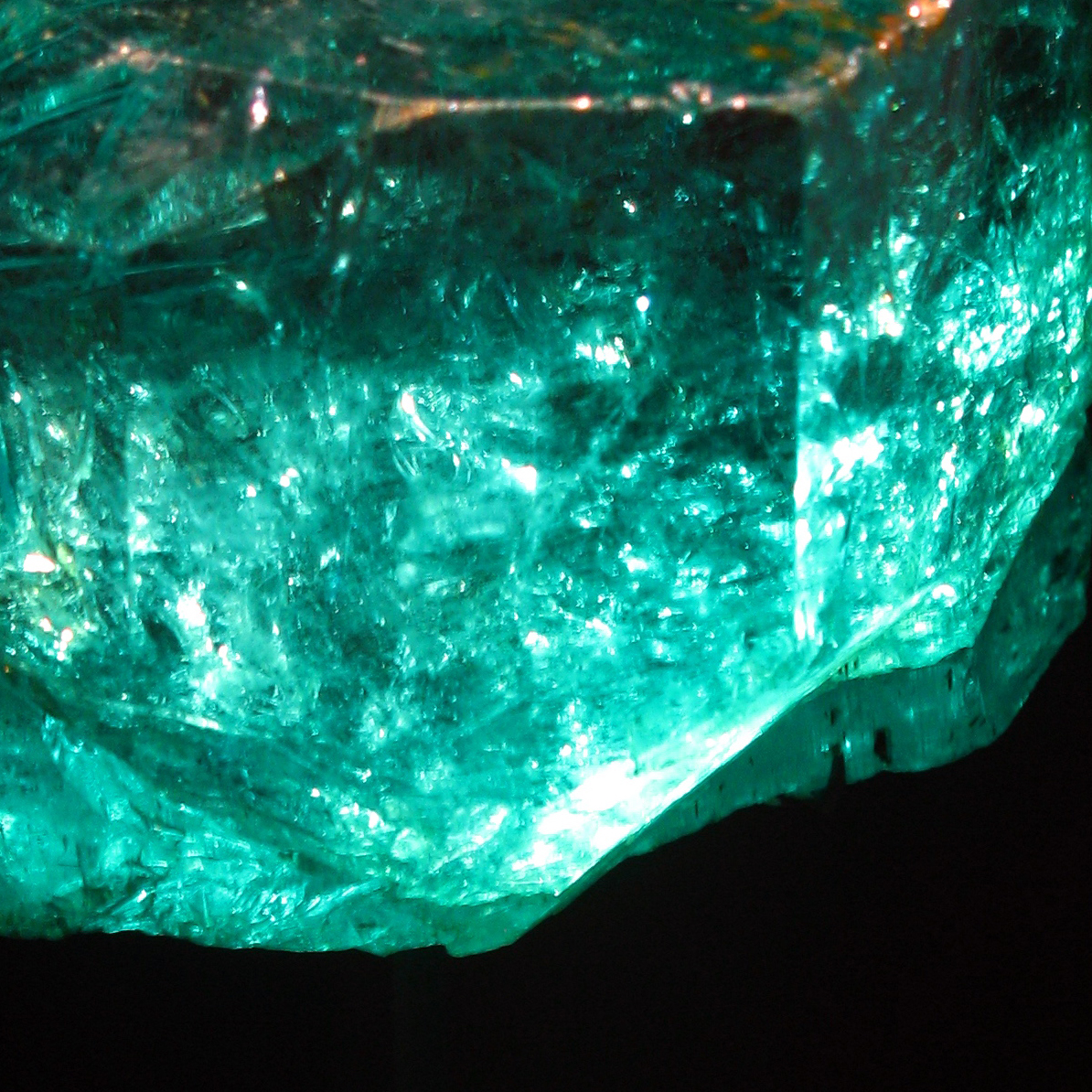 this word while researching emeralds – their mining, geology, alchemy and history – for a collection I proposed to call Emerald. Emeralds form in carbon clast. Emeralds are brittle, fragile, full of flaws and bubbles, the only jewel in which the flaws are prized. There were emeralds in the Roman world: Cleopatra had an emerald mine and Emperor Nero supposedly looked through an emerald to watch gladiators fight. But the best come from the Eastern Andes, whose Indian myths say they are the tears of Fura, the first woman, who wept for her dead husband. My daughter happens to live in Colombia: we visited Bogota’s Emerald Market. The Spanish traded emeralds from Colombia to the Mughuls in India, who prized them particularly because green is the colour of the Islamic Paradise. The great city for emerald cutting became Jaipur, where I interviewed emerald cutters, dealers and designers. In astrology, emerald supposedly has the energy of Mercury, bringing intelligence, creativity and communication; as a healing stone it cures anything from speech difficulties to allergies and poison; it also helps you shed your illusions. It is the birthstone of May, which happens to be my birthday, and of spring, hope and renewal. The founding text of medieval alchemy, the Emerald Tablet which the psychoanalyst Carl Jung took as an image of the unconscious, was supposedly written on emerald.

I’d done all that research, and was thinking about poems, and wondering about green, colour of magic as well as nature, when my ninety-seven-year-old mum was rushed to hospital in the middle of the night. She torpedoed the book. She started dying and then stopped, very generously giving everyone three weeks to say goodbye. The Emerald poems became all about her: her dying, her childhood. (And, in this poem ‘Clast’, mine as well.) And how bereavement makes you revalue things. She was a devoted naturalist, so green (as well as alchemy and geology) entered the poems in unexpected new ways. As in the myth of the tears of Fura, it is natural for grief to turn into creativity. Freud said that the value of mourning is working through the loss. Everyone loses a mother, everyone’s loss is different, mourning is a kind of work: a geological re-forming. Life has now to be lived without that person. You have to stay alive. Creativity makes that happen.