Skip to content
Home >Publications >The Poetry Review >Behind the Poem >Sarah Howe: wordplay in Borges and Roethke, fellow-feeling in Pound
News About Search Donate Shop 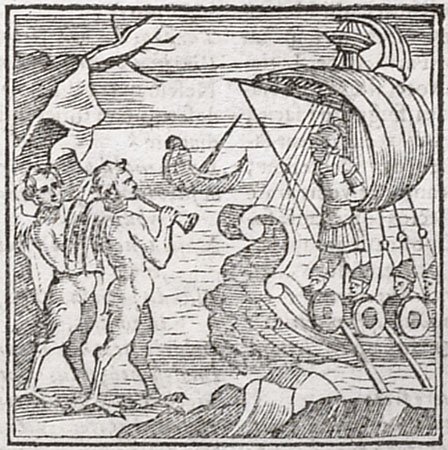 My poems ‘Sirens’ and ‘Stray Dogs’ are part of a sequence. Their titles come from the entry on animals in “a certain Chinese encyclopedia” cited (which is to say, invented) by Borges in one of his essays. Other categories include “sucking pigs”, “tame”, and “that from a long way off look like flies”. Being half-Chinese half-English, I always felt Borges’s passage of wry Chinoiserie was somehow describing me.

‘Sirens’ set me thinking about hybridity: creatures born between cultures, but also between imagination and reality, angel and beast. ‘Sirens’ itself is half-poem half-footnote, with its seed in a lexical curiosity. The word “pickerel”, according to the fatter sort of dictionary, means either “a juvenile pike” or, more obscurely, “a type of wading bird”. It was in my mind thanks to Theodore Roethke’s poem ‘Elegy for Jane’, with its lovely portrait of a dead girl and her “pickerel smile”. I must have been storing up this detail, waiting for the moment when I would recall the confused evolution of Sirens and their iconography. One Renaissance emblem presents them as literally neither fish nor fowl: the illustration shows Homer’s original bird-women, while the text speaks of fishtailed temptresses.

‘Stray Dogs’ also revisits an American poet – the more troubling figure of Ezra Pound. Alongside the poems, I decided to look at Pound’s pro-Fascist (vilely anti-Semitic) wartime speeches for Radio Rome. They were what landed him, after his arrest in 1945, in a “death cell” at the US Army Disciplinary Training Center outside Pisa. It was the mental instability these hellish conditions incubated that saved Pound from the scaffold, in favour of an American mental hospital. It is not ethically straightforward to be moved by The Pisan Cantos. (What should we do with any echoes of the camps in Pound’s DTC cage?) But for me, there is pathos in the famous section of Canto 74 when an African-American soldier brings Pound, in his medical tent, a packing crate to use as a writing table:

and Mr Edwards superb green and brown
in ward No 4 a jacent benignity,
of the Baluba mask: “doan you tell no one
I made you that table”
methenamine eases the urine
and the greatest is charity
to be found among those who have not observed
regulations

Sarah Howe’s ‘Stray Dogs’ was published in The Poetry Review, 104:2.