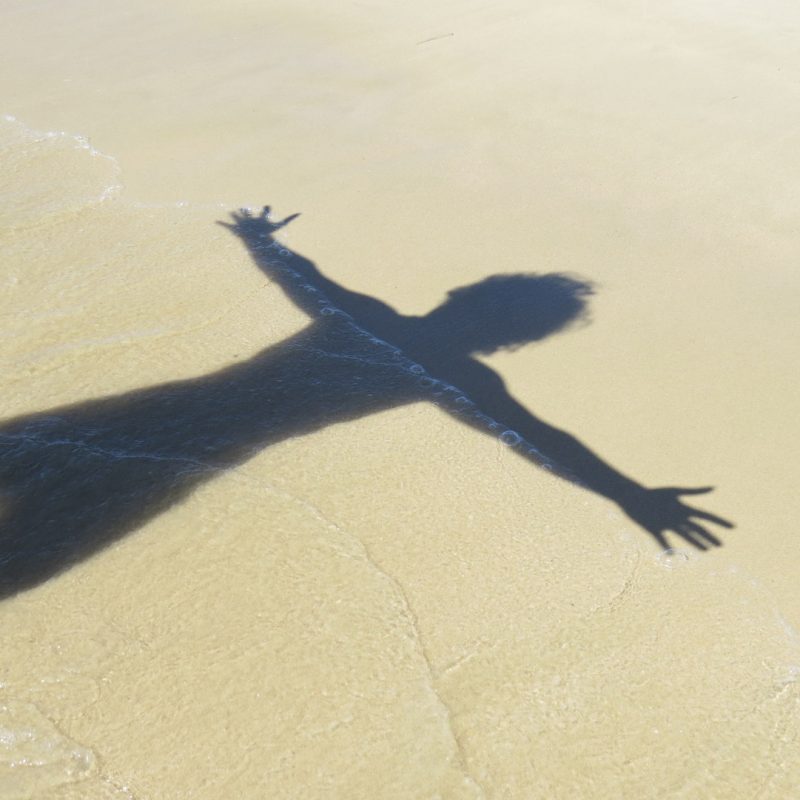 I rarely remember the actual physical act of writing a poem. Some take days, some years. I have eight edits of ‘Roethke takes the boat to Ballinasloe’ and the final draft was written in Neachtain’s pub, Galway, drinking Lucozade. Hungover. The poem hinges on anxiety and being off-kilter.

It’s part of a longer sequence I’m working on about Theodore Roethke’s visit to Inisbofin Island in 1960. It begins with the poem, ‘Getting the Priest for Roethke’, written in first person narrative of my friend and teaching colleague Kieran Day. Kieran originally influenced the poems after he once remarked, “Elaine, did I ever tell you about the time I had to wake the priest for Roethke? I was only about five years old.” And he motioned with his long, thin hand to show me where the top of his young head bobbed in the sixties. I geeked out. Kieran’s family ran the boarding house, now Day’s Hotel on Bofin, where Roethke stayed during his time there. Roethke was a guest of poet Richard Murphy on the island.

Eventually Roethke, accompanied by the aforementioned priest, left Bofin for time in a psychiatric hospital in the East Galway town of Ballinasloe. I grew up working with young horses and ponies and every October we would go the Ballinasloe Horse Fair to try selling our animals. I relate to Roethke’s sense of abandonment and loss as part inspiration for some inclinations in the poem. As a child, I was paralysed with fear by this hospital. My brothers would mock-threaten to leave me there after the fair, its grey façade and window bars. I was a distant and introverted child, and I thought this ‘Big House’ was an entirely conceivable living option for a young girl who made up stories.

The poem attempts to build quickly on the boat’s movement and the poet trying to steady himself, yet the poem ploughs on in a sort of undulation; Roethke’s caught in a looped memory of the priest called out to banish his Fear, the peaks and troughs, the up and down journeys to everywhere, to nowhere and back again. The journey of the pint to the mouth and to the counter again, the self-medication attempts. Time moves on. The floating bobbing boat and decaying fingernails lends itself to escape or decomposition of the self and the body. Time is the only definite.

At the poem’s conclusion, the orderly speaks and is more important than I originally intended, though I am fascinated by Roethke getting ‘out town for pints’. The orderly is a commanding figure in my opinion, unafraid and carefree and is not intimidated by the poet’s persona, whom he fondly calls, “Teddy”. Kieran Day told me he only addressed the poet as Mr. Roethke, but the orderly is uninterested in nonsense formality. The orderly plans for the darkness of winter by saving turf and it beckons a future. Sadly, there is no immediate planning for how Roethke’s sweating might be stopped. The mind isn’t always favourable to manipulation unlike the practical stacking of turf.

Tragically, Roethke’s death of a heart attack was while swimming in a friend’s pool and rumour has it this pool is now a Zen rock garden. Strange. More musings beckon.

Elaine Feeney’s poem ‘Roethke takes the boat to Ballinasloe’ is published in the Summer 2017 issue of The Poetry Review, Vol. 107, No.2.