Both editors make the necessary disclaimer: ‘best’ is subjective. The Salt Best, in its fifth year, feels like a poetry institution, though is still young compared to its American model, which has been going since 1988. This year’s Best American editor, Sherman Alexie, in an entertaining introduction laying open the role’s pitfalls, does his own audit of the contents: around sixty per cent female, forty per cent poets of colour… and at least seventy-five per cent professors, a self-confessed failure to find more poets outside the academy.

Qualitative judgements are harder to make. Each anthology contains over seventy poems chosen from magazines and organised alphabetically. The reading-for-review experience was like walking through an Italian street market years ago, along a straight cobbled road that stretched as far as the eye could see into rainy distance: a mixture of confusion (so much to look at) and excitement (what would come next?).

An immediately noticeable thing about Best American is that some poems contain a formal element; around twenty per cent says Alexie, who himself uses form. There is rhyme and there are stanzas, especially couplets. There are even (variedly) rhyming couplets; the book opens with Sarah Arvio’s ‘Bodhisattva’:

That’s from the popular Poem-a-Day website, most-used source in this year’s Best. Alexie has read widely to broaden his catchment. Many poems make the personal and everyday strange but even the outright surreal ones tend to have some sort of associative thread. There are few straightforwardly narrative poems, few Americanly long ones and plenty of short lyrics whose tone is often sharply humorous, bemused. There’s less of a feeling of largeness of scope than a bout of American browsing usually gives.

On first reading I wanted more names whose work excites me, marker trees in the American forest: D.A. Powell, Brenda Shaughnessy, Tracy K. Smith, Jason Schneiderman. But then there might not have been space for the discovery of poems by Chana Bloch, Danielle DeTiberus, Jamaal May and Monica Youn, last in the book, whose ‘March of the Hanged Men’ starts:

Each poet is allowed space at the back to discuss the poem; Youn’s is loosely based on François Villon’s ‘Ballad of the Hanged Men’. Her note enhances the reading. In both books, some notes over-explain and risk deflating the reader. Others are so interesting and well written that they risk overshadowing their poem.
Youn’s poem stretched my mental map of poetry; I’d have liked more of those. Claudia Rankine is present with an extract from Citizen. Other names well known in the UK include Louise Glück, Jane Hirshfield and Charles Simic.

Racial politics are addressed in several poems, including those by Terrance Hayes, Candace G. Wiley, and Jericho Brown in ‘Homeland’, which sort of takes place on a plane journey:

Breaking into the White House. He claimed to have lost
His keys. What’s the proper name for a man caught stealing

Into his own home? I asked a few passengers.

(Issues of race entered Best American another way: Alexie chose a poem by a white man who’d assumed an Asian name. The introduction includes a lively defence of why he kept the poem after discovering this.)

Other aspects of current politics are rarely addressed directly with such fierceness. One exception is Raphael Rubinstein’s long ‘Poem Begun on a Train’, on privacy and surveillance, which takes in Mandelstam’s ‘Stalin Epigram’, The Lady Vanishes (a scribbled poem reaches “an intermediate state of being more concrete / than if I wrote it by fingertip on a steamy window”), Hugh MacDiarmid’s wartime persecution, the unlikelihood of Amtrak having installed individual CCTV, and much else.

Overall I was left with an after-echo of form and fragmentation working together to reflect the multiplicity of real and virtual worlds. The same is broadly true of Salt’s Best, though it contains fewer obviously formal poems (and less end-rhyme).

If Best American feels slightly less American than usual, Best British continues to show the American influence seen in its predecessors. Editor Emily Berry throws the net wide to include poems from various online magazines such as Poems in Which, Prac Crit and tender, so some middle-sized print ones are absent – but this reflects the quality of work being published online. She’s netted few older, established British names (all women). Younger generations are well represented, including graduates of the Complete Works programme for black and ethnic minority poets. Much writing-related activity shows up in the biographies but not many academic posts.

The majority of poems in Best British make things new by strangeness – many have a feel of collage, of post-internet randomness or of hidden patterning and trains of thought. The tone tends to be edgier than in Best American. Some poems speak through highly confected personas, partly a legacy of what could be called School of Lumsden – younger writers taught and influenced by series editor Roddy Lumsden and his own reading of Americans including writers of the Gurlesque. A browse through the book releases varied voices saying, Look, look at this! Isn’t it strange? and inviting us to gasp, to laugh… “A sort of continual movement between hysteria and bathos,” says Berry in an interview with The London Magazine. Such voices at their strongest include Fran Lock’s modern traveller-woman ‘Melpomene’: “I am a bad wife, a wanting quarry / of witless worry; lank rage, grim schlock, / and stroppy poverty”; also Amy Key, Melissa Lee-Houghton, Adam Lowe, Rebecca Perry, Heather Phillipson, Jack Underwood and Sophie Collins, whose ‘Dear No. 24601’ starts:

That definite article, half right, half
wrong, still present between enjoy and life.

After all the words for kill, there is a silence. In the silence, singing. ‘Vehment, cryeng’ that men do not want to hear.

Mayer’s collage-y estrangement is one way of writing political poetry amid so many non-poetry types of political discourse. As with Best American, only a few poems directly incorporate contemporary politics and climate change, as in Vahni Capildeo’s ‘Moss, for Maya’ or through Kayo Chingonyi’s museum-keeper in ‘Legerdemain’; or use the language or concepts of contemporary science like Kathryn Maris’s science-fiction speaker in ‘It was discovered that gut bacteria were responsible’.

But maybe many poems in both Best American and British reveal a state of mind, an anxiety, while withholding the causes. So little in the world makes sense that a poet can sometimes only construct a meaningful poem from disparate elements and glancing references, working all the harder with imagery, lineation and other usual devices to draw the reader in.

I’m already regretting good poems this review has had to pass by… and I still remember one thing not bought in that street market – an umbrella whose wooden handle was carved with a Byzantine grapevine. It’s much too soon to be sure which poems in these two Best anthologies will have staying power, and good to shelve the books alongside their predecessors to test this over the years. It is rumoured that Salt will discontinue Best British Poetry and 2015 may be the last. Let’s hope not. 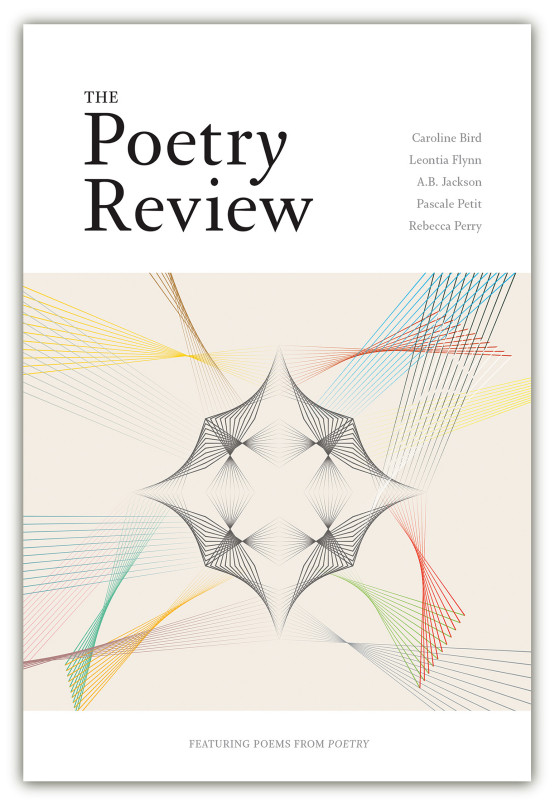