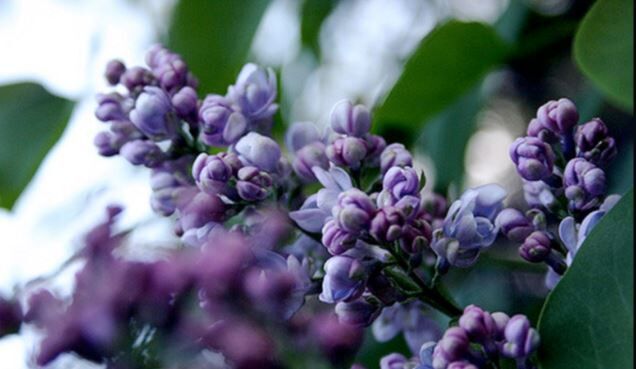 ‘A Morning Person’ is an apposite title for Mary Ruefle’s poem. First, it suggests a persona poem (or dramatic monologue) spoken by a chirpily energetic ‘early bird’ type. But ‘morning’ is also a homophone of ‘mourning’, so the speaker may instead be in a state of grief.

In many of Ruefle’s poems, joy and grief are simultaneously activated, and one condition isn’t valued over the other in her non-hierarchical universe. The first two lines play out the tension of the title: “What a beautiful day for a wedding!” is spoken by the ‘morning’ person, whereas “It was raining when we buried my mum” is spoken by the ‘mourning’ person. The change in register is oddly undetectable. This may be because Ruefle’s voice is a little childlike, shifting its attention from one image to another excitably, and disinclined to arbitrate or distinguish between things that appear to be opposites, like celebration and mourning.

Ruefle’s attention-shifting, guileless voice may have been inherited from New York School poets such as Kenneth Koch, Frank O’Hara and James Schuyler. ‘A Morning Person’ might even be read as a rural counterpart to one of O’Hara’s taking-a-walk Lunch Poems, with observations commingling with associations.

Flowers, plentiful at weddings and funerals, are abundant in this poem too. In line three, the lilacs remind the speaker of her mother (“she loved lilacs and here they are”) and then take on their own maternal qualities such as “pendulous / large breasts dripping with dew”, generosity and even excess – because these are not merely “lilacs” but tautological “lilac lilacs”. That the speaker stands in front of the “pendulous” and “dripping” breasts while drinking her coffee is possibly a nod to psychoanalytic theories that addictive substances replace or simulate the comfort offered by the breast. (Freud posited that alcoholics were stuck in the “oral phase”). Although Ruefle’s speaker doesn’t specify how she takes her coffee, I expect many readers will imagine a milky one.

There is a strange and sudden imaginal shift from drinking coffee in front of lilacs to a hospital environment, an association the reader is not privy to. The enjoyment of the drink is likened to “the intensity of a remark / made in a surgical theatre”. The next line, “Soon I will vacuum the day”, has a tenuous and gory link with the surgical theatre, where tools of suction are sometimes used, but also to breastfeeding, coffee-drinking, and the nature of time: a day can be “vacuumed”, or hoovered, like a meal eaten speedily.

Now the speaker compares herself to a bee sucking at the tit of the flower, another version of a “vacuum” and suckling. But it is also a little sexual, as an image, because bees pollinate. The bee is making a “hoopla”. The word “hoopla” chimes with the Hebrew word ‘huppah’ (or ‘chuppah’), the canopy under which Jewish brides and grooms stand at weddings, bringing us back to the initial image of a wedding. Weddings have an association with sex and reproduction; but sex and reproduction lead to death, the destination of all living things.

Ruefle is one of our great ecological poets, and her poems are often paeans to the natural world. The ecstasy with which she describes nature is sometimes a little sexual, as in her 2007 poem ‘Snow’: “Every time it starts to snow, I would like to have / sex.” But the ecstasy is also a little like grief, or anticipatory grief. The snow, the bee, the lilac, the dew – none will last.

There is a suggestion of human threat near the end of the poem. Although the speaker is thus far the only inhabitant of this early-morning world, she knows this won’t be the case for long: people will start to get dressed and soon a “doggie” (note the childlike language) will be walked. “I think flowers enjoy their solitude / in the early dawn before the buzz begins”, Ruefle continues. The buzz refers simultaneously to the bees, to human activity and to the menacing sprinkler, yet to begin. But suddenly it starts: “I hear one coming on.” The quiet, glorious dawn is gone.

The poem ends strangely and bathetically: “I hear one coming on. / I hate my poems.” While the “one” appears to refer to an incipient sprinkler, what if it refers to one of the speaker’s poems? Does she hear a poem coming on? Is a poem as interruptive as a sprinkler? Both are unnatural things, objects of the human world.

Although Ruefle’s poetic worlds tend to be non-hierarchical, there is one object here that is treated with scorn: her poems. In this marriage of speaker and poet, the speaker-poet admits she hates her poems. One can only speculate why that might be, and whether or not, after a few moments pass, she will change her mind.

While it is generally not helpful to talk about poets and poetry as binaries, it may be interesting to think about Ruefle here as a kind of inverse of Philip Larkin. Ruefle’s childlike voice might be contrasted with Larkin’s world-weary, ‘grumpy old man’ persona. And whereas Ruefle begins with a charged and ecstatic singing until the bathetic end “I hate my poems”, Larkin is more likely to do the reverse, as in ‘High Windows’, which begins on a crude note

but concludes in a transcendent register:

The sun-comprehending glass,
And beyond it, the deep blue air, that shows
Nothing, and is nowhere, and is endless.

In Larkin’s ‘High Windows’, the hero of the poem is the poem itself, with its all-seeing and monumentalising capacities. But for Ruefle, the poem’s vision is far less important than our ephemeral, vulnerable world.