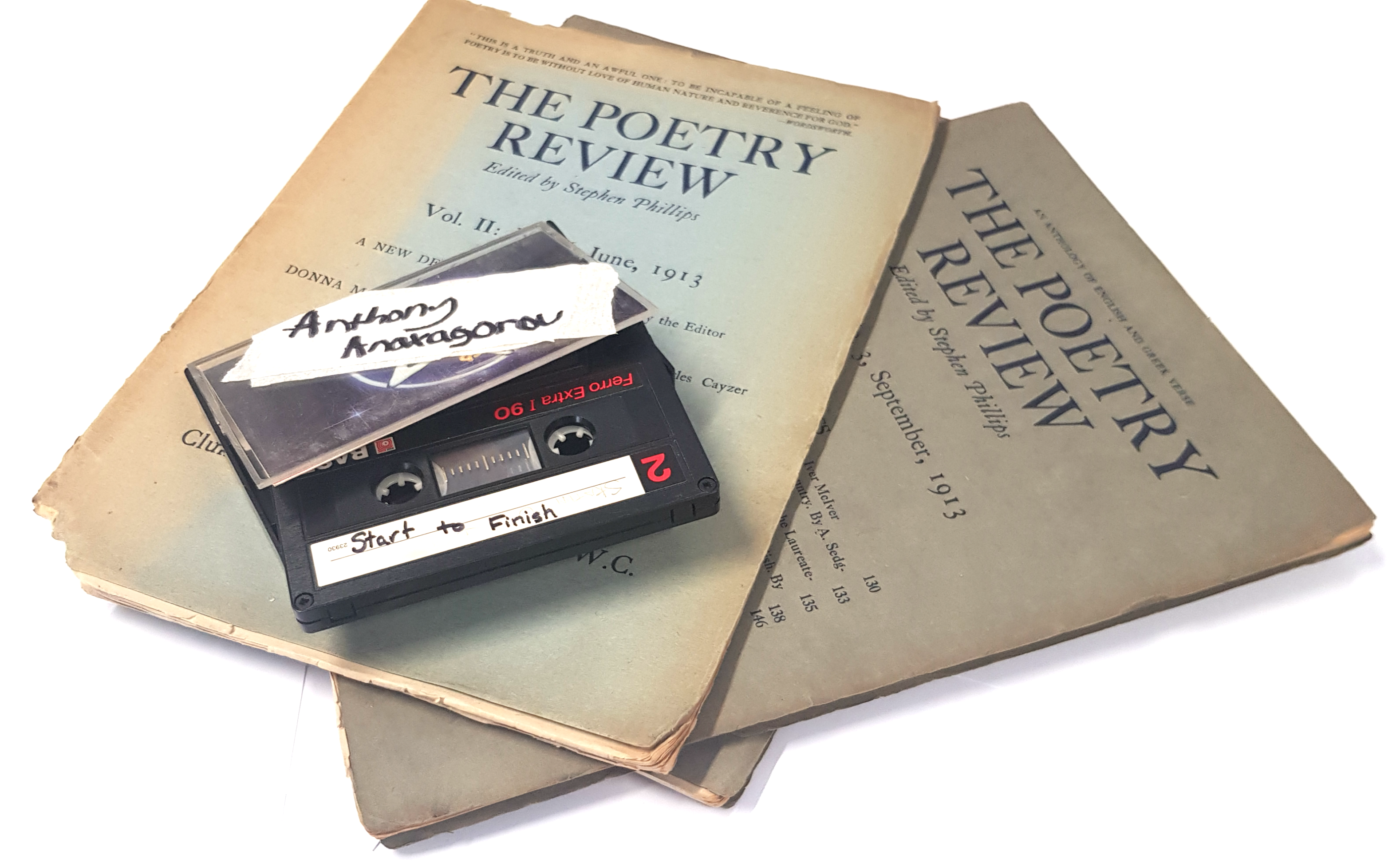 As a boy I was obsessed with the Now compilations. I never had enough money to buy all the singles I wanted, so I thought it somehow more prudent to save and buy the albums monthly. If Now were to start releasing poems I like to think the track-listing would go something like this:

To open with a quiet poem is always preferable, one that appears to live at the bottom of sound. I often revisit this piece for its sensory weight, its aphoristic charm and expansive arrangement. If likened to music, it would share the sparsity and evocation of a Nils Frahm composition. And the final line now lives on the wall above my desk.

Alyan’s poetry is rare in its ability to evoke a genuine sense of danger, delight, agency and rebellion. Her protagonists never quite capitulate to the pressures of the worlds they inhabit – the injustice and transgressions they face. As this poem shows they are resilient, appearing pained but never self-pitying.

Segueing nicely into this Rachael Allen labyrinth, the mixtape begins to gain confidence and throw the listener around slightly. Allen knows how to both compel and bewilder. The beauty about surrealism is it hands the reins wholeheartedly to the reader, granting them permission to explore the poem’s multivalent possibilities. I’ve never read a poem by Rachael Allen and thought I’ve arrived concretely at its end.

A slight shift in tone, this Kolatkar poem takes us into the despairing sound of poverty, guilt and shame. I’ve been reading this for many years now and still find it astonishing how it’s so able to implicate the reader through use of the second person.

We’re halfway through so a poem about a father and son (Hayden’s was too obvious a choice) seems apposite. The opening lines to this moving piece are wrought with wrestling images which want to slip between the intersections of the masculine and feminine. The speaker is in remembrance, pulling the lessons of his gentle father into the present, with the final thought being a set of lines so magnificent I find it hard to read them out loud.

Teju Cole suggested poetry is a form of aid and assistance. This poem is from a profound sequence of prose poems in Olstein’s book Late Empire (though this online version is lineated), in which she imparts a finely calibrated set of meditations on life, death, rejection, illness and sadness by means of addressing one named Whistle. A gradual and capacious assortment of instruction, truths and lyrical dexterity, this is a poem you might spin on a Sunday evening, when the week ahead is threatening to be just as demanding as the others have been.

On the subject of family this poem by Girmay orbits a mood of despair and fragility, of childhood and isolation. What astounds me is how full and compact the poem appears while driving towards “the world you knew, & tall, / & filled, finally, with strangers”.

Elizabeth Alexander’s devastating poem reckons with the pathology of the eugenic movement, biological racism and human zoos through the plight and vengeance of Sarah Baartman.

Written shortly before his death, ‘The Owl’ has become one of my favourites from the late Matthew Sweeney. A true epic full of rich metaphor and wonder, underscored by a reluctant insouciance which one can only arrive at when they resign themselves to the blunt fact that death is near. “I roared, and / sprayed the arrows all over the blackened world.”

I like to think we get the most from books and albums by arriving at the end organically. Having travelled through a sequence of events, feelings and emotions, the closing poem might be the artist wanting to sidestep summary, and instead pointing us towards another space, equipping us with the essentials, those familiar bits we’ll need to keep for a little while longer.

Anthony Anaxagorou is a British-born Cypriot award-winning poet, fiction writer, essayist, publisher and poetry educator. In 2002 he was the first critic’s choice winner of The Poetry Society’s SLAMbassadors UK championship (then known as Rise Slam). He has published nine volumes of poetry, a spoken-word EP and a collection of short stories. His poetry and fiction have appeared on BBC Newsnight, BBC Radio 4, BBC Radio 6 Music, ITV, Vice UK, Channel 4 and Sky Arts, as well as being published in The Poetry Review, The Feminist Review, Amnesty International’s Words That Burn and John Berger’s anthology The Long White Thread of Words. Currently he works as the writer in residence at Whitmore School in Harrow and Queen Elizabeth Boys’ school in Barnet where he teaches poetry. In 2012 he founded Out-Spoken, London’s premier poetry and live music night, and Out-Spoken Press, an independent publisher of poetry and critical writing that aims to challenge the lack of diversity in British publishing.