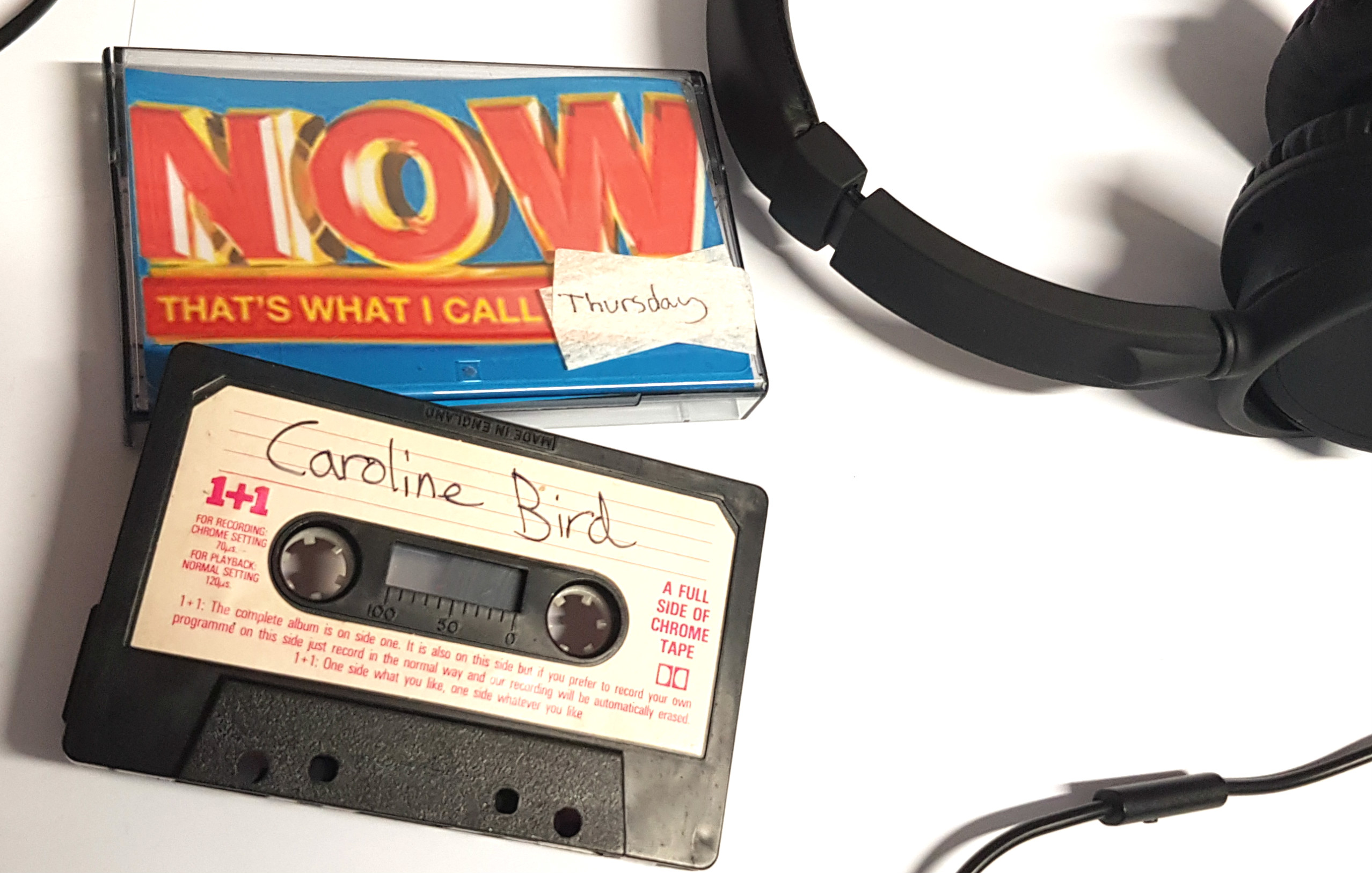 I found this bizarrely difficult. I think it’s because my life is basically one big poetry mixtape that I foist upon people against their will… and it morphs on a regular basis, so every time I put a ‘track list’ together for this, I’d change my mind the next day. But this is how I feel on the Thursday I write this, at least.

This was the first track I chose for the playlist… and it instantly made me want to negate the whole point of a mixtape and just play this poem over and over and over until the tape scrambled or the batteries wore out. (I’m imagining this mixtape being played on an old battered Walkman.)

You MUST listen to Lucille Clifton reading ‘Cruelty’. You’d be hard pushed to find a more complex and electrifying thirty-nine seconds, short of stepping into a lion enclosure.

3) ‘Something’ by Mona Arshi

I love poems that feel as if they’re somehow physically enacting their own content… The last line of this Mona Arshi poem is “a web breaking              on the back of your hand” and that’s exactly how the words feel, physically, like a fragile structure intricately woven that is breaking apart…

Okay. Jack Underwood introduced me to this poem on a recent Arvon course we taught together, and I’ve been crazy about it ever since. I know it looks like a big block of text and this is the internet and everyone’s like “arggh, give me short poems, I’m too busy to even breathe” but BELIEVE ME you will not regret reading this.

5) ‘Michael Robins’s Class Minus One’ by Bob Hicok

I love this Bob Hicok poem because it describes the precise dream-logic that holds a poem together, like invisible stitches. I know “dream-logic” might seem like an oxymoron… but when you read this poem you realise it is not.

The characters that inhabit Tate’s prose poems are always on the brink of losing their identity and/or suddenly finding it – they live in apparently normal worlds that can be torn apart at any moment by a sudden truth.

I had a massive honour of judging The Foyle Young Poets of the Year Award this year, and then teaching the winners on an Arvon course in February. I always find it thrilling to teach a young person that I just know is going to be a helluva lot better than me, and then I’ll learn from reading them. Here’s a case in point… This is 16-year-old Em Power’s poem about a woman realising she’s trapped inside an 80s movie…

Caroline Bird has five collections of poetry published by Carcanet. Her most recent collection, In These Days of Prohibition, was shortlisted for the 2017 TS Eliot Prize and the Ted Hughes Award. Her first collection Looking Through Letterboxes was published in 2002 when she was 15. She won a major Eric Gregory Award in 2002 and was shortlisted for the Geoffrey Dearmer Prize in 2001 and the Dylan Thomas Prize in 2008 and 2010. She was one of the five official poets at the 2012 London Olympics. Caroline was a Simon Elvin (now Foyle) Young Poet of the Year in 1999 & 2000, and commended in the Christopher Tower Poetry Prize in 2004. She was a judge of the Foyle Young Poets of the Year Award 2018.