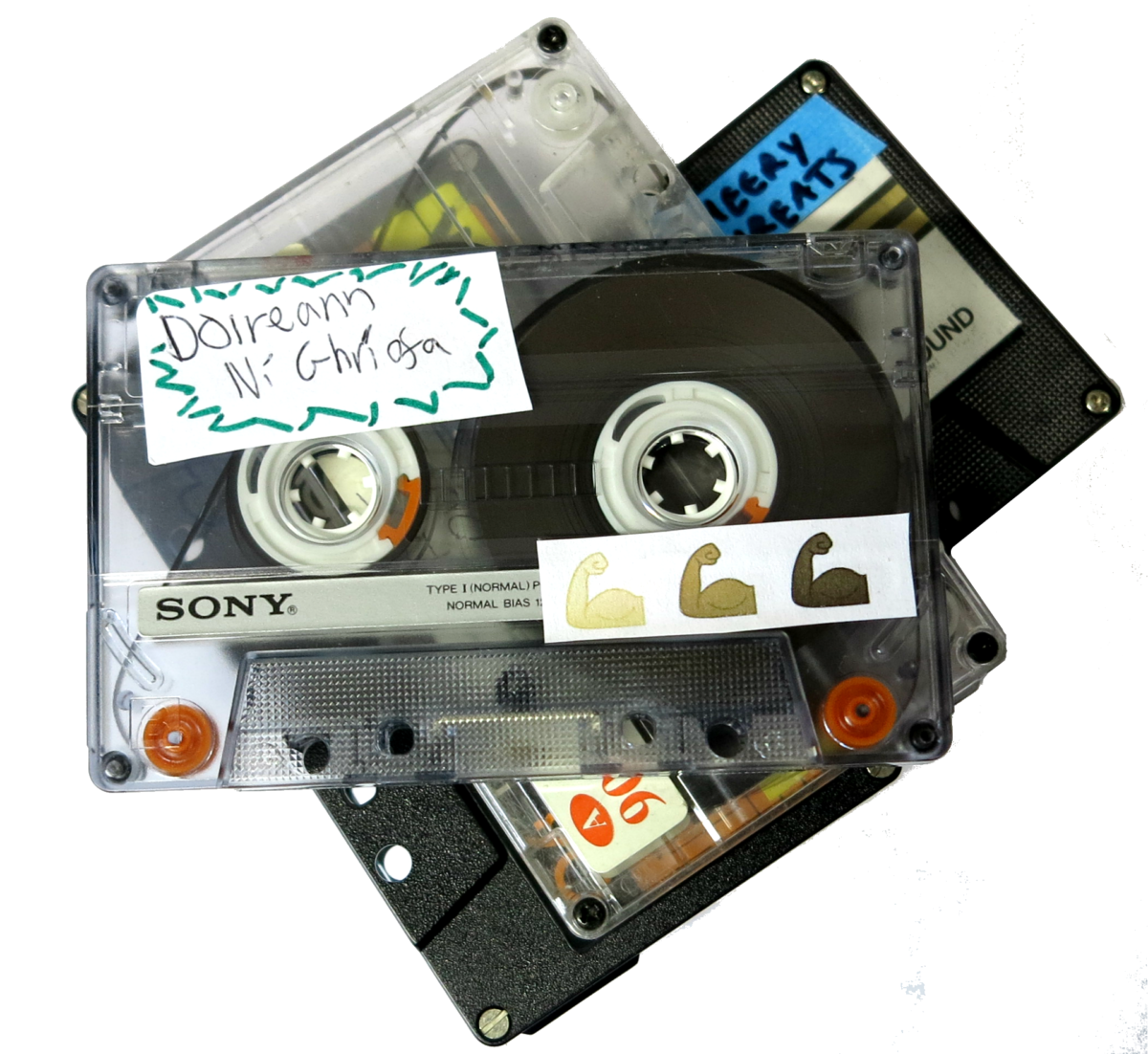 SIDE ONE ‘a sad little thud sonata’

Only Heather Phillipson could depict a gynaecological examination in a way that makes a viewer physically cringe and guffaw, simultaneously. Over and above the countless volumes of poetry composed on the subject of cervical smears, this is unquestionably TOP. I adore it.

There’s something about Matthea Harvey’s work. Even her titles sing – I am particularly envious of the title of an early book of hers, Pity the Bathtub Its Forced Embrace of the Human Form. In Telettrofono, she melds sound art and embroidered panels with cartwheeling prose poetry.

This beautiful recording of Deborah Digges reading her long poem ‘Broom’ begins at 04:29. It varies a little from the book form of the poem, which makes it even more precious to a Digges nerd like me. The recording was made on 9 March 2009. Digges died the following month.

Idra Novey’s poem ‘Still Life with Invisible Canoe’ arrived on my mobile phone when I had just given birth to my youngest child and was spending all my hours in neonatal ICU. I was very sad about the baby’s difficulties, and also very sad to be away from my other children. This poem still breaks my heart a little every time I read it, so I have to ration it.

5: ‘An Example’ by Natalie Shapero

Natalie Shapero’s poem was part of the November 2016 issue of Poetry. I know this because a battered copy of this issue sits on the passenger seat of my car, and I reach for it anytime traffic comes to a standstill. My copy features an elaborate series of toddler scribbles in fluorescent marker; particular attention was paid to this page. I can still read the words through the blue and yellow scrawlings – I can still see the “squat gray // dog on wheels, tipping on its side / as she drags it by a red string”.

Aifric Mac Aodha’s poems have layers of sinews and grit to them, and they swerve away when you least expect it. One of the first poems I read by her, this is still among my favourites. Foreign News, a fine collection of her poems translated by David Wheatley, was published last year, I very much recommend it.

7: ‘To Be Young and in Love in Middle Ireland’ by Alan Gillis

To end this side of my mixtape I choose a very special tune, some trippy ambient electronica. I’m such a sucker for this poem! It opens with “The girl from the satellite / town” and by the time I find her again in the last verse I am even more baffled and charmed. What on earth is happening here? Every time I think I have a hold of this poem, it twists from me, slipping back into the strange.

SIDE TWO ‘(I so nothinged)’

1: ‘jack would speak through the imperfect medium of alice’ by Alice Notley

I like everything about this old recording, especially how Alice Notley first reads the title, then pauses and adds that “The Jack is Jack Kerouac and the Alice is Alice Notley”.

2: ‘Turn Your Eyes Away’ by Ruth Stone

“Inside your skull / there was no room for us, / your circuits forgot me.”

I’ve been in love Ruth Stone’s work since I first encountered it through the beautiful Collected edition issued by Bloodaxe a few years ago. I just love how she speaks her poems. Here’s the mesmerising, and very moving, ‘Turn Your Eyes Away’.

Tracy K. Smith blends the “two different languages that the imagination speaks” in a poem with the most wonderful, borrowed title. Here she reads the last section of the poem, drawn from childhood memories of her father, who worked with the Hubble Telescope.

4: ‘The Pattern’ by Paula Meehan

This is one of the first poems I fell for (hard). Its beating heart is crafted so beautifully, but there’s also is something that shimmers in it, something I find difficult to articulate.  No matter how many times I encounter this poem, it still gives me goosebumps.

5: ‘Some People’ by Rita Ann Higgins

What to say about this poet, except: she’s some woman for one woman. ‘Some People’ explodes outwards from the first line, “Some people know what it is like / to be called a cunt in front of their children”, the lines that follow flying outwards like shrapnel, until the whole poem coheres suddenly in that final, devastating line.

Like many others, I deeply admired Layli Long Soldier’s collection Whereas. Here she reads her poem ‘38’ – “I am inclined to call this act by the Dakota warriors a poem. / There’s irony in their poem. / There was no text.”

7: from Mis by Biddy Jenkinson

​I’m very taken with the work of Aideen Barry, and I secretly perceive her art as poems. Here are are some segments/verses of her recent stop-motion film – ​in which a female character’s hair transforms into tentacles of vacuum nozzles, as she navigates her home, cooking, cleaning, swiping her smartphone. Seen as a poem, this is a dizzying glimpse into the life of a woman in twenty-first-century Ireland, and as such, the perfect grand finale to this digital mixtape. 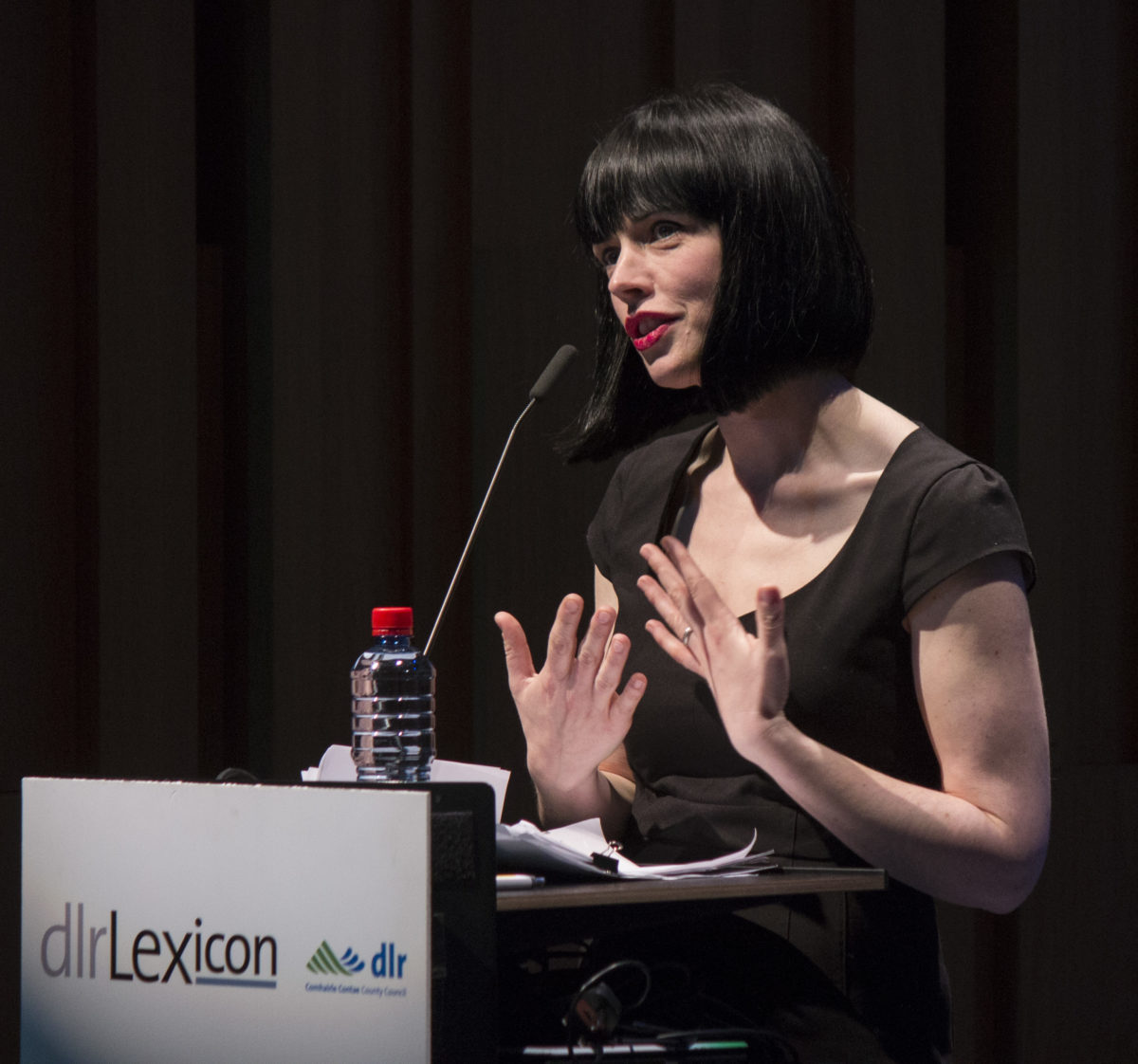 Doireann Ní Ghríofa is a bilingual Irish writer whose books explore birth, death, desire, and domesticity. Her next books are Lies (drawing on a decade of her Irish poems in translation), and 9 Silences, a collaborative book with artist Alice Maher. Among Doireann’s awards are the Rooney Prize for Irish Literature, a Seamus Heaney Fellowship, and most recently, the Ostana Prize (Italy). She is an Associate of Trinity College Centre for Literary Translation.