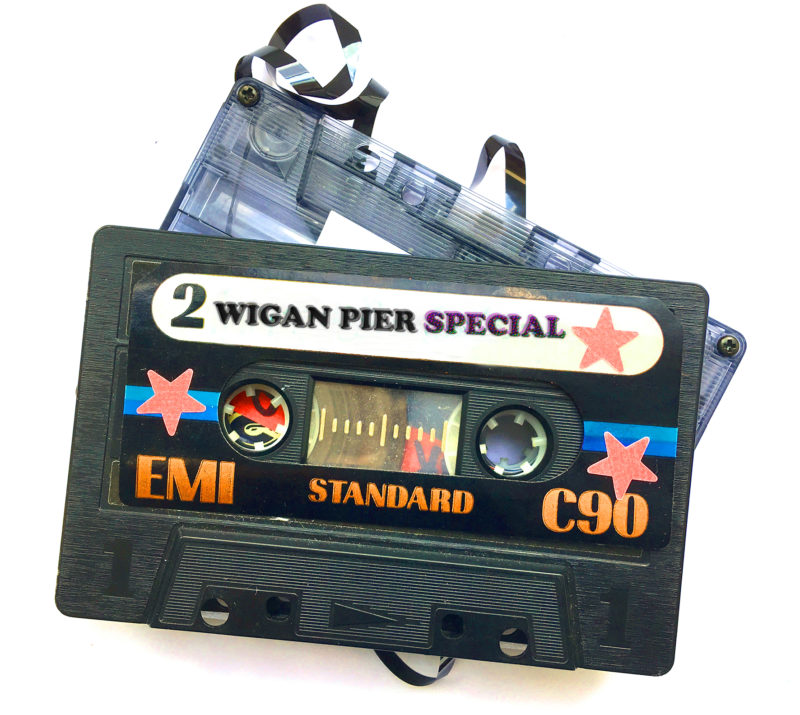 Sound has always been a crucial component of poetry for me. Before I turned my hand to poetry on the page, my work was largely written for performance – from free-verse rushes of everyday impressions to monologic battle cries. Continually, I find myself only satisfied that I have comprehended all that a poem has to offer once it has been communicated to me aurally or I have read it aloud myself. This appreciation for the dynamic and fluid rhythm of language, therefore, influences the inclusion of many poems in the following mixtape.

I have treated this compilation as a sort of ‘Desert Island Discs’ for instances in which you may find yourself stranded in Wigan Pier, in torrential rain, with a lukewarm cuppa and three hours until the Megabus home.

The fucking clubs are fucking full
of fucking girls and fucking guys
with fucking murder in their eyes.
Fucking bloke gets fucking stabbed
waiting for a fucking kebab

2. Tony Harrison – ‘V’
A shift in tone to Harrison’s elegiac long poem. Written during the 1984–85 miners’ strike, ‘V’ perfectly captures the brutal conflicts ingrained in British culture, be it the antithesis of communism and fascism or of football team and football team. A particularly poignant passage describes how the speaker discovers that a drunk football fan has spray-painted “UNITED” on his parents’ gravestone. Whilst the vandal is referencing Leeds United, the ironic significance of the word additionally symbolising unity between the deceased parents provides a moment of strange and guttural beauty.

If buried ashes saw then I’d survey
the places I learned Latin, and learned Greek,
and left, the ground where Leeds United play
but disappoint their fans week after week

he first reappeared as an insect. arriving home, we opened the box, with its punched-in air holes,
and there he was, very green and flat as a tapeworm

5. Linton Kwesi Johnson – ‘Inglan is a Bitch’
When I first came to London, I worked a slew of low-paid catering, bar and hotel jobs. I used to listen to Johnson’s ‘Inglan is a Bitch’ before almost every shift. This piece of dub poetry authoritatively encapsulates the landscape of menial work in the capital and lays bare the monotonous trials and tribulations of the low-paid employee.

6. Bobby Parker – ‘King of Eggs’
Bobby is, without doubt, one of my favourite contemporary British poets. He writes the sort of verse I am most passionate about and of which there needs to be more penned – unerringly honest depictions of working-class existence. His storytelling prowess is demonstrated masterfully within his haunting poem, ‘King of Eggs’.

7. Roger McGough – ‘Let Me Die A Youngman’s Death’
A change of tone to this playful yet bittersweet poem by one of the key figures of the 1960s Liverpool scene, Roger McGough. The Mersey Sound anthology by the Liverpool Poets remains one of my most favoured poetry books to this day. It is laced with the charm and straight-talking approach to life typical of the north. It is poetry that can be enjoyed by everyone.

This particular poem by McGough was one of my childhood favourites. I return to it time and time again for its embodiment of the ‘live fast, die young’ attitude, its good-humoured fantasies and its presentation of the curious hedonism of a ‘cool’ demise.

And you might stand on your lawn in your shorts,
running a scream up a flagpole; sniffing catastrophe’s
rank surfeit on the bilious air. You might, for all I
know.

9. William Blake – The Tyger
A poem which needs no introduction. I always find it exceedingly difficult to select a favourite Blake poem. Whilst on many other days it is ‘London’, today ‘The Tyger’ has made it to the top of my list. Patti Smith’s rendition of it at the Wadsworth Atheneum is particularly worth watching.

10. Seamus Heaney – Digging
A poem of promise to end my mixtape. I was first introduced to ‘Digging’ as an A-Level English text at my sixth-form college. Its depiction of the inheritance passed on from men to boys instantly resonated with me, reminding me of my relationship with my late grandad. ‘Digging’, for me, reasserted what my grandad had always told me – that all children require “roots and wings”. During my time at sixth-form, I was starting to perform my own poetry in slams, and I would read this poem to myself often before leaving home for these spoken word events. Its assertion of the power of poetry never loses its impact.

Between my finger and my thumb
The squat pen rests.
I’ll dig with it. 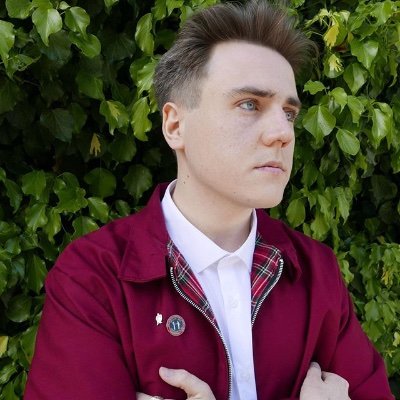 Tommy Sissons is a poet, political writer, educator, and the literary editor of GRASS Magazine. His work celebrates working-class experience and addresses concepts of masculinity and nationality. His debut poetry collection, Goodnight Son, was published by Burning Eye Books in 2016. A Small Man’s England, his prose polemic about class, will be published in paperback by Repeater Books in 2021.