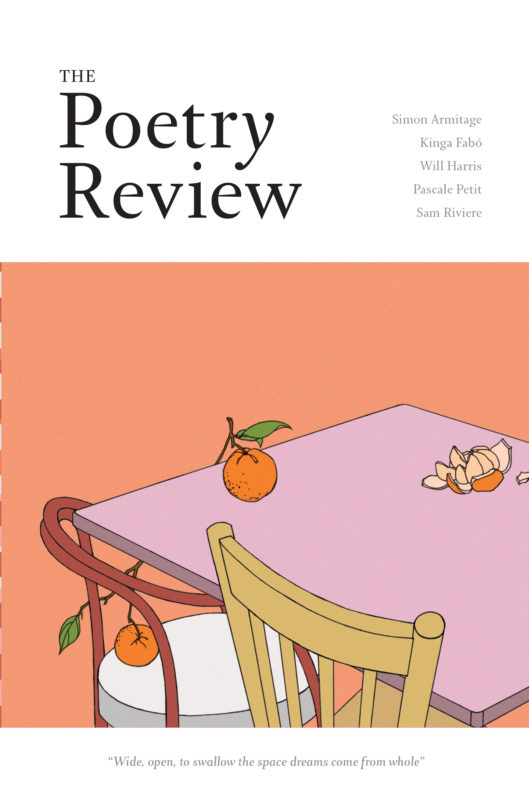 In December 1947, this magazine’s then editor Muriel Spark wrote in an editorial, as though responding to her detractors (of which she had many), “Let us distrust the vicious, shrill, almost hysterical denunciation of an ‘obscure’ poem until we are satisfied that it is indeed the poem which is nebulous and not the vision of the accuser, involuntarily withdrawn from a blinding, significant light.” It’s somehow comforting that people are still levelling the same complaints at poetry today. What would be so bad, though, about something being “nebulous”, or its synonyms, ‘hazy’, ‘indistinct’, ‘uncertain’, ‘cloudy’, etc? So much in life is all of those things.

Reflections of a poet in school: Dai George
Poems and puddings: Alison Brackenbury

Andrew Spragg responds to J.T. Welsch’s ‘The Promise of Professionalism’