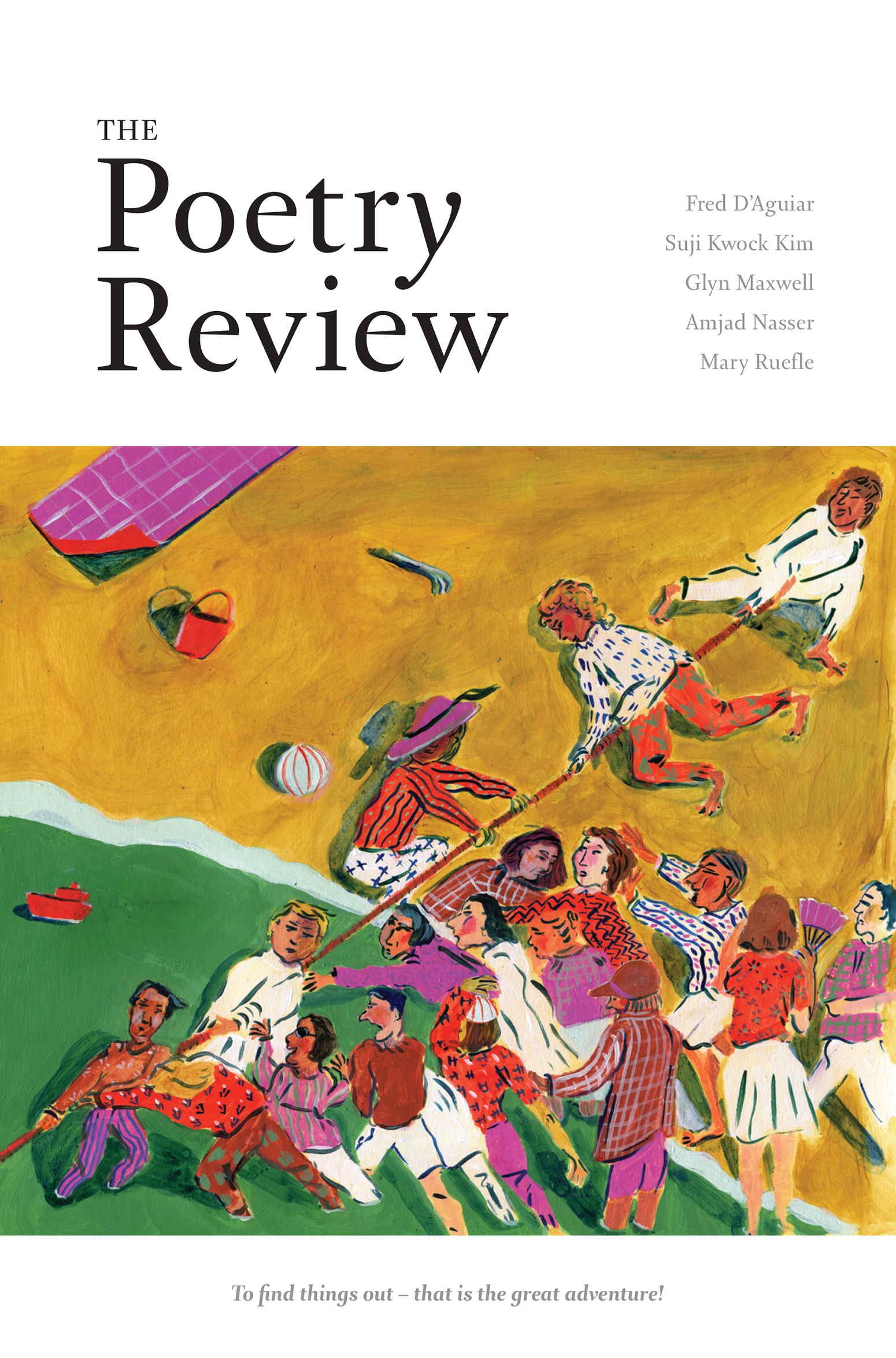 The idea that a poem might contain space for an echo, or for some kind of response, isn’t dependent on its architecture. In his review of Don Mee Choi’s translation of Kim Hyesoon’s Autobiography of Death, Jay G. Ying draws our attention to an “in-between medium”: “the white space between two lines of black ink, not quite alive nor fully dead”, a space which, despite its liminality, is fertile with voices. Several poems in this issue allude to a similar space, a meeting-point between a notional “I” and “you”, such as the exchange in Fred D’Aguiar’s ‘I Dream JB Says to Me’ – “I dream JB says to me, Perfect the art of walking backwards / In the open as you explain geography to an oncoming crowd”, Hugh Smith’s ‘poem’, which imagines a poem as “a sort of handshake, an assertion of the possibility of a handshake”, or Mary Ruefle’s ‘Special Delivery’, which tells of “the brown bird / who writes me a letter / each morning / from someone I have not / heard from in years.”

Paintings of poets by Claire Eastgate

The girl in the show: Natalya Anderson
The politics of delivery (against poet-voice) by Holly Pester
At home or nowhere: Vidyan Ravinthiran on A.K. Ramanujan