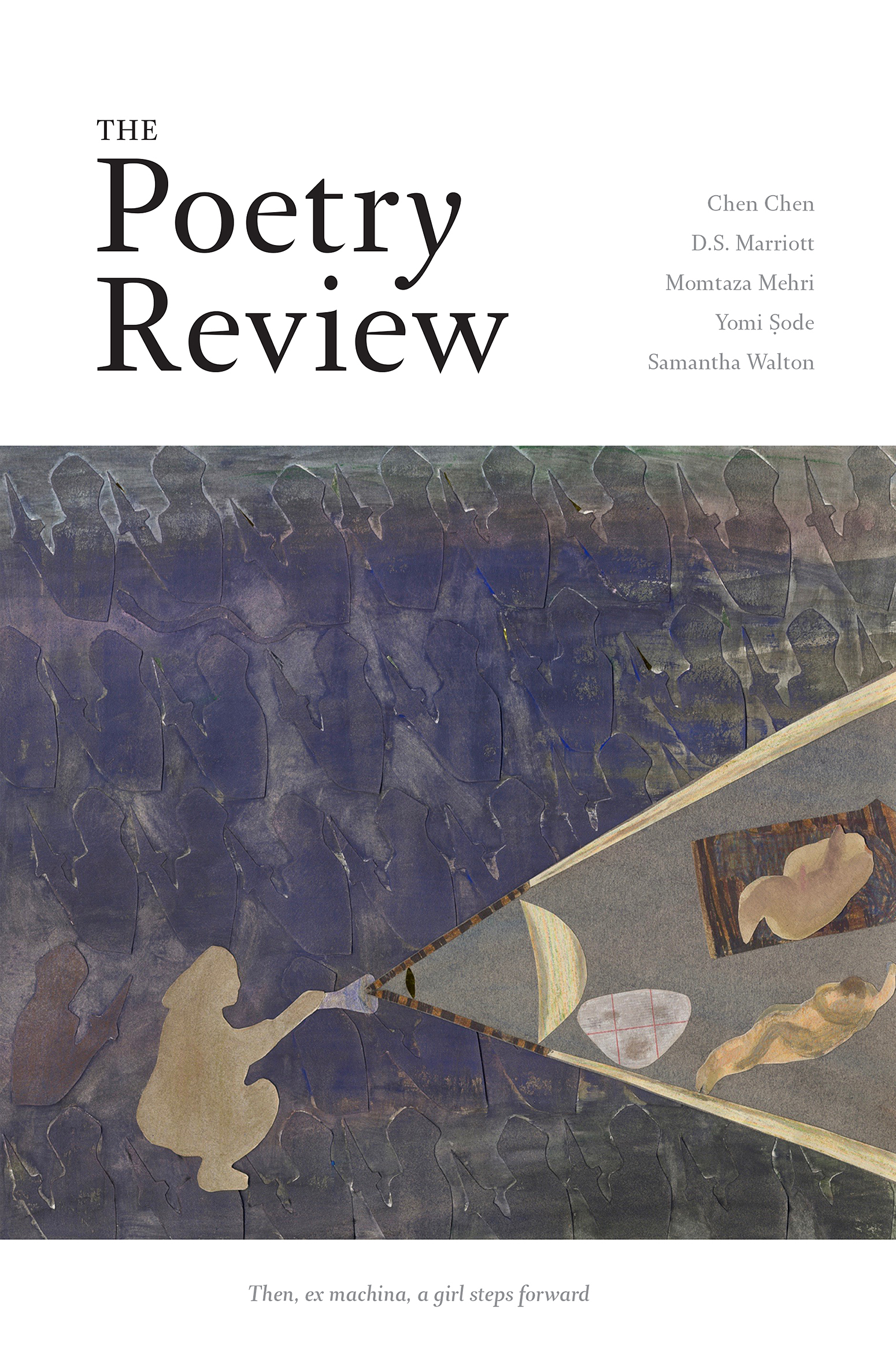 We worked on this guest-edited issue of The Poetry Review from December 2019 through to February 2020, following a dispiriting general election in the UK and amid a sense of ecological and social crisis worldwide. Perhaps it is not surprising, then, that across these poems certain images recur: borders and bluebells, water and weather, dairy and diaries. These are poems that inhabit the milieu they were written in, capturing the anxiety, alienation and complicity that characterise our present moment. Though there are no solutions on offer, they bear out – through the prose poem, the lyric, as well as other received and disrupted forms – Dorothy Wang’s argument that “history’s relationship to poetry [is] one that inheres in the very forms of poems”.

from Mary Jean Chan and Will Harris’s Editorial

Nisha Ramayya: Notes on a means Without End
Momtaza Mehri: Dispatches From the Black Gulf

Yasmine Seale on erasing and remaking The Thousand and One Nights