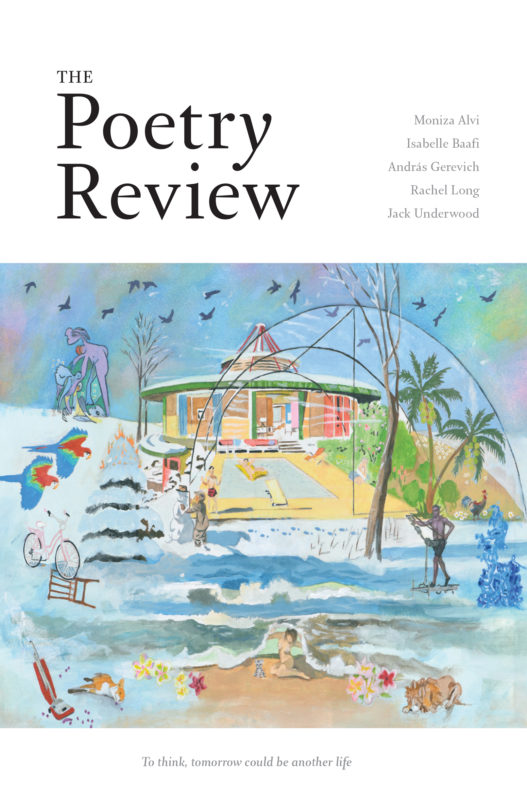 The time of a poetry magazine is glacial compared with an online news platform. Taking into account the reading period and the magazine’s lead time, any poem in a given issue of The Poetry Review is unlikely to have been written any sooner than some months prior to the publication date. But poems know things; the best poems don’t exist in linear time the way their writers usually do. At the virtual National Poetry Competition celebration in March, Maurice Riordan (one of the judges) commented on the staying power of the winning poems, which had been written and selected pre-pandemic. While I can’t recall his exact words, he said in effect that a good poem transcends its moment and is renewed with fresh meaning in the wake of future events. And of course, the world has never been short of real and imagined catastrophes.

Prose and Art from Poetry

The Possum and the Salamander: T.S. Eliot and Marianne Moore by Hugh Haughton
Stretched Professors and Nameless Doors: The Campus Poem by Anna Woodford