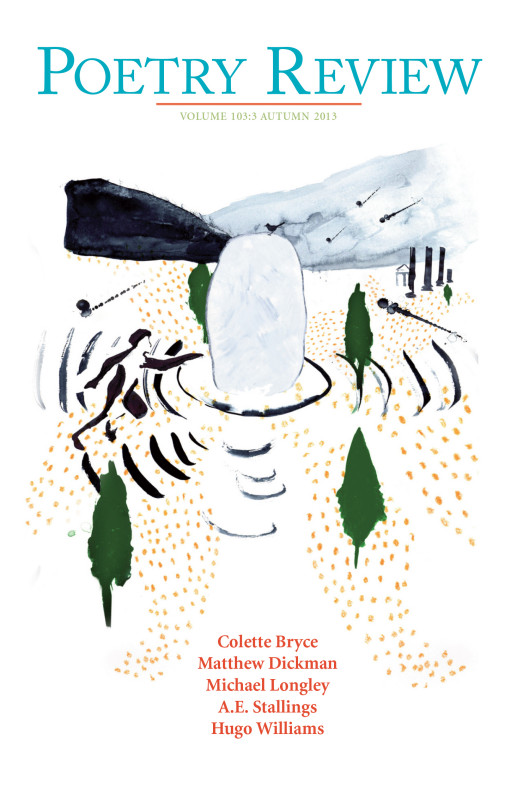 “Where are we now – a century on from the portents of 1913? Are the poems that will retune the ear and rearrange our imaginative space being folded into envelopes? Or are we still mopping up after the great modernist upheaval – held perhaps in a deceptive lull? It’s anyone’s guess. But the first vibrations of a new era will be felt in a publication such as this. ”

Maurice asks Colette about her childhood in Derry, during the 1970s when it was at the centre of the Troubles, and how it has proved a touchstone for her work. They touch on several of her poems – ‘Break’, ‘Form’ and ‘The Full Indian Rope Trick’ – and how these describe family life, the presence of the military on the streets of Derry, emigration from Ireland and the hunger strikes. Colette reads her poem ‘Helicopters’, first published in the autumn issue of the Review.