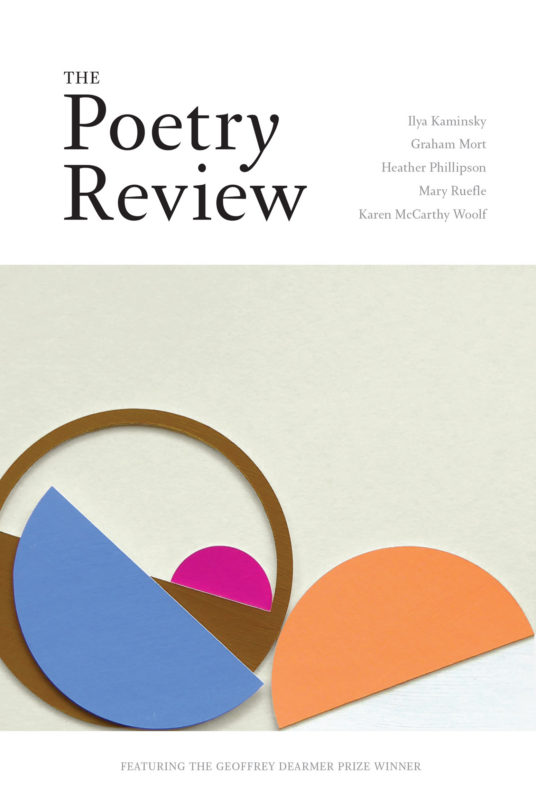 I just did some maths (not my strong point, in case anyone wants to double check) and it turns out that eighty per cent of the poems in this issue contain proper nouns. Here are some of them, not in order of appearance: Thailand; the Queen of Spades; Joseph Gordon-Levitt; Algae Corner; Lucky Partridge; Langston Hughes; Mrs Kowksa; Jezebel; Momma Galya Armolinskaya; Mary Magdalene; Kolatkar; Malcolm in the Middle; Campari; Sir Salman; Henry Ford; Princess Osra; God. (Not that the poems that don’t feature proper nouns are lacking in any way; they have different strengths, namely other very good words such as “tagliatelle” and “hotpants”.) I don’t know what makes names seem good, or particular words good, or for that matter what makes a poem good, I suppose there’s a certain gleam that comes off it, and if you don’t see it perhaps you will after somebody else draws your attention to it, the way a cartoonist might draw a little window shape on a balloon to show it reflects light. When you see that gleam it feels like the poem is alive.

Selima Hill introduces winner Laura Scott’s winner with ‘The Half-loved’. We also publish Laura’s new poems: ‘The dogs in Greece are different’ and ‘If I were a fish’
Laura is also interviewed here