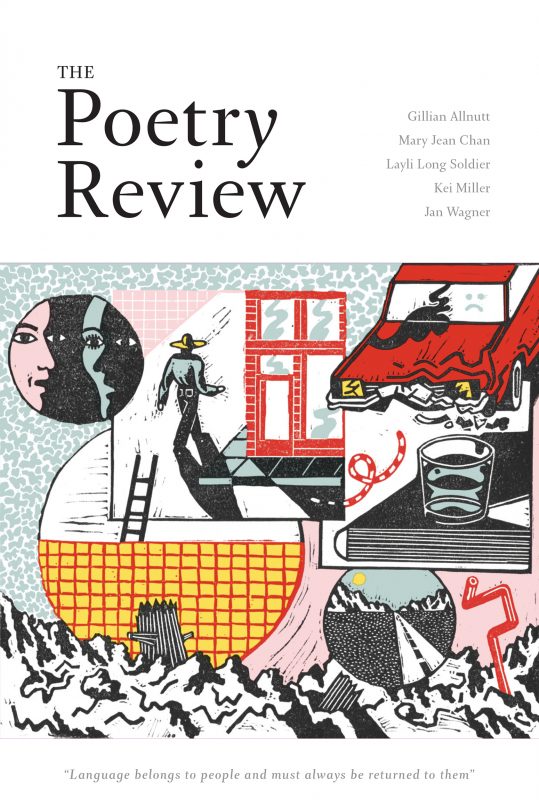 When the forces of division rule, I want to find ways of adding up again. Audre Lorde wrote, “Kept around as unavoidable adjuncts or pleasant pastimes, feelings were expected to kneel to thought as women were expected to kneel to men.” Who can say what precise configuration of thought and feeling is found in any one poem; perhaps their very relation confers its “subtle electricity” – Wallace Stevens’s “thought / Beating in the heart” – like that found in Layli Long Soldier’s powerful ‘Whereas Statements’, which call to account the legislative language of oppression: “Whereas I have spent my life in unholding. What do you mean by unholding? Whereas asks and since Whereas rarely asks, I am moved to respond”. The Chilean poet Cecilia Vicuña reminded us once, “Words have a love for each other, a desire that culminates in poetry.”

Angel Nafis, Ghazal for Becoming Your Own Country
Peter Gizzi, A Winding Sheet for Summer
Jennifer Bartlett, from ‘The Hindrances of a Householder’
Alison C. Rollins, Why Is We Americans
Jameson Fitzpatrick, I Woke Up
Sylvia Legris, Cold Zodiac and Butchered Pig
Tyehimba Jess, Sissieretta Jones
Aracelis Girmay, luam/asa-luam
Johnny Damm, Diagram of a Memory, Diagram of How I Felt When You Told Me I Look Like Him
Vi Khi Nao, Fish Carcass
John Maucere / John Lee Clark, The Friend
Layli Long Soldier, from ‘Whereas’