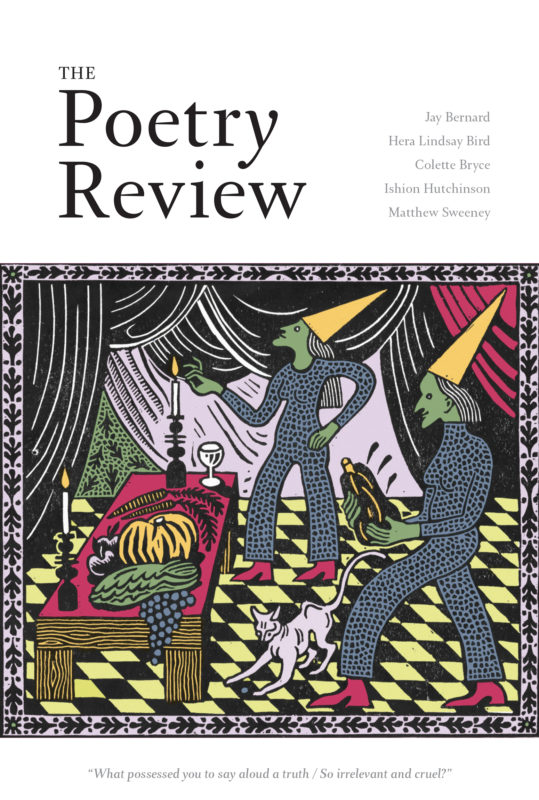 “How hard a word ‘understanding’ is to understand”, the psychoanalyst Adam Phillips has observed. “The understanding between people supposedly referring to some shared foundations, or what might be underneath where we stand.” “Under every message / another message”, as Beverley Bie Brahic tells us overleaf. The word “palimpsest” appears three times in this issue. I remember first learning it at school when (briefly) studying Latin and I felt a soaring in my chest at the thought of all those sepia-toned scraps of parchment scribbled over indecipherably, one text on top of another. “We die containing a richness of lovers and tribes, tastes we have swallowed, bodies we have plunged into and swum up as if rivers of wisdom”, wrote Michael Ondaatje in The English Patient. “I wish for all this to be marked on my body when I am dead. […] We are communal histories, communal books.”
To write a poem is to make a new mark on top of all these old marks; even if the old marks aren’t visible, they’re there.