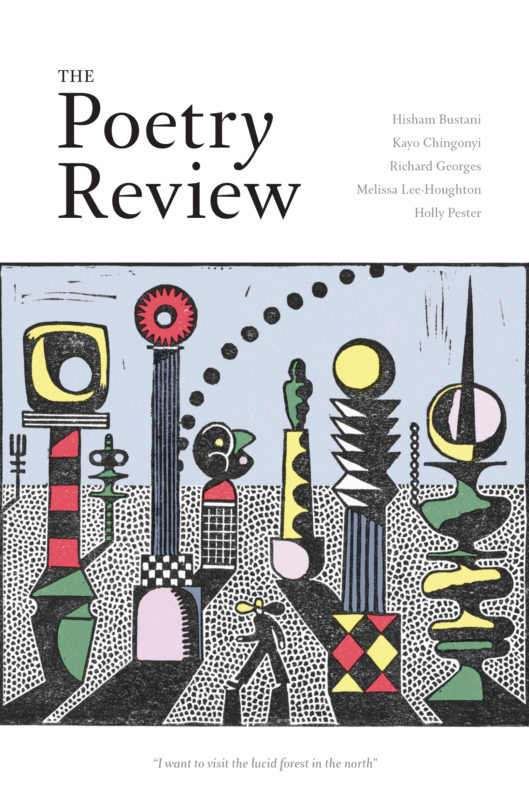 What kind of sense can be made of a poem? Veronica Forrest-Thomson has argued that “poetry must progress by deliberately trying to defeat the expectations of its readers or hearers, especially the expectation that they will be able to extract meaning from a poem”, while Wallace Stevens wondered, “If the poem had a meaning and if its explanation destroyed the illusion, should we have gained or lost?” But there are kinds of meanings that register somewhere beyond our ability to understand or explain them; there can be a pleasure (and hence a kind of meaning), as Adam Phillips has remarked, in “listening to voices without understanding what they are saying”.

from Sophie Herxheimer’s Your Candle Accompanies the Sun

Jack Underwood on poetry and uncertain subjects
Never to be extinguished flame: Dzifa Benson on Lorna Goodison
The house of pain and mending: Kate Potts on prison poetry

Coda: in tribute to the many magnificent poets who left us in 2017… a selection of portraits by Chris Riddell