Momtaza Mehri on miasmic history, Arabic art and the possibility of a common language 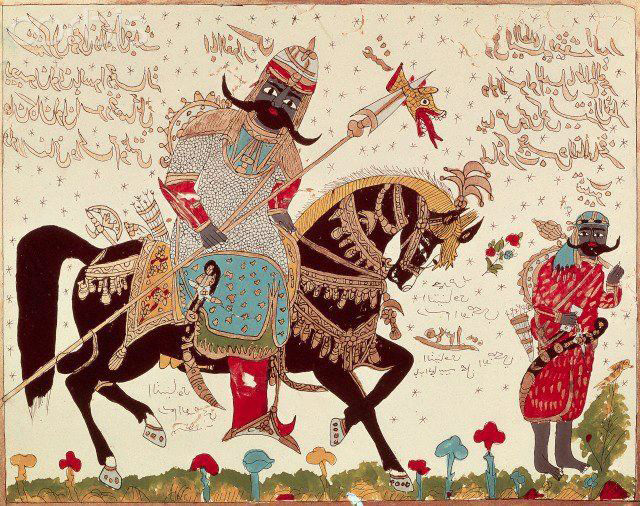 “A city that cannot be known by its smell is unreliable”, the poet Mahmoud Darwish once wrote. To him, Haifa smelled of pine and wrinkled sheets. Henna, incense and honey transported one to Rabat. Sun, smoke and lemons conjured Beirut. It’s hard to discern what Doha smells like. A city such as Doha expands and mutates so rapidly and reliably that it’s easy to distrust your own senses. Entire neighbourhoods, districts and artificial islands surface toweringly from reclaimed land with a disorientating regularity. It is, if you can forgive the cliché, a shifting mirage of a place. If I was to give it a smell, it would be that of a pavement’s heat after a light summer rain, cardamom and gasoline.

Darwish’s exiles share their own distinguishable smell. Though I can’t speak for this particular scent, I think I know what it looks like. A subtly detectable longing marks the faces of all those pushed and pulled apart by the unyielding flows of global capital that have shaped the centuries-deep diasporas, migratory patterns and labour markets of the Arabian Gulf. It’s a look which varies from person to person, depending on disparate factors such as citizenship, ethnicity, language, religion, caste, shade of skin, and options (or lack thereof ). It’s almost impossible to make a life here, or have lived here, without being haunted by the historical encounters between one’s own community and the region itself. Suffocating enmeshment and sharp segregation; the look mirrors the internalised seesaw between these two extremes. For some, these lands have provided refuge after the violence of retreat. For others, they are a retreading of familiar waters. Sweeping narcissism is too often the glue binding diasporas – and their delusions – together. What distinguishes us is the extent to which we convince ourselves, or can be convinced, that it was all worth it in the end. We all have our own definitions of a worthwhile sacrifice. After all, no country has ever proven too small or too crowded with the living genocidal present of its indigenous populations for it to hold our self-indulgent interpretations. What makes the Gulf different is how keenly sensitised you have to be to everyone else’s interpretations. This heightened awareness has an almost tactile quality. The facts of Khaleeji society condition an acute and unsparing understanding of one’s own positionality in relation to others. You figure it out on the fly. Gauging, feeling, and testing the permeability of social hierarchies is one way of managing your own powerlessness. More than a party trick, it’s the established method of knowing who you can get away with degrading and who you can expect to be degraded by. We know exactly where we stand, and by extension, who we are standing on.

I first visited Doha two years ago. Admittedly, I spent most of my time traipsing around cash-flush galleries and architectural landmarks. My visit to Mathaf: Arab Museum of Modern Art, was the first time I encountered the works of the Khartoum School outside a European or North American context. It’s hard to maintain critical aloofness when confronted with a Sliman Mansour painting or Inji Efflatoun’s Portrait of a Prisoner series. I remember a lithograph of Dia Azzawi’s We Are Not Seen, But, Corpses (The Massacre of Sabra and Shatila) stopping me in my tracks. Housed here, these works were a lot closer to where they had been conceived and created than in London, New York or Berlin. Unlike the fate of their creators, theirs was a more survivable kind of exile. At least that’s what I kept telling myself.

We live in a world where art enjoys greater mobility than human beings. I knew this then and I knew it on my second visit too. This time I ventured to downtown Doha, the location of Bin Jelmood House. Opened in 2015, Bin Jelmood House is one of four historic houses which make up Msheireb Museums, all of which track Qatar’s social transformation over the twentieth century through the artefacts, household items and cultural interactions which have shaped the lives of Msheireb’s inhabitants. Bin Jelmood House is the only museum in the world to focus on the Indian Ocean slave trade and the first to contend with slavery in the Gulf.

“The house you are now in was once the home of the slave trader nicknamed Jelmood.” Amidst bleached archways, a video narration invites visitors to “consider the lives of those enslaved people who once passed through these doors”. Here, in the house’s spacious courtyard, the enslaved would wait to be separated and sold off across the Gulf and East Africa. Archival material, audio, illustrations and storytelling weave together the Indian Ocean slave trade’s looping waterways. The museum excavates the histories and economic foundations undergirding Qatari culture’s emblems, from the pearl and camel to the oil refinery.

On entering, I noticed the letters emblazoned in gold on the walls were actually Quranic verses detailing the rewards of freeing the enslaved and feeding orphans. This was the first indication that the museum would laboriously differentiate between the transindian and transatlantic slave trades, framing the latter as more brutal and rigidly hierarchical than the former. Elsewhere, there is the concrete of facts. 1952 saw the formal abolition of slavery in Qatar, though Bin Jelmood House operated as a slave trading site as late as the 1940s. Notably, one fifth of Qatar’s population was born into slavery at the beginning of the twentieth century. The descendents of the enslaved would later become Qatari citizens under the 1961 laws which granted citizenship to non-Qataris who had lived in Qatar since the 1930s. The museum explicitly connects these histories to modern contractual labour, the kafala system and debt bondage. History is miasmic, it strains to tell us.

In the main exhibition space, there is a thirteenth-century illustration of a slave market in Yemen. It is taken from Yahya ibn Mahmud al-Wasiti’s illustrations of the famed poet Al-Hariri’s Maqamat. Turbaned men stand with a scale between them. At their feet lie three dark-skinned figures with outstretched hands. For those engaged with the history of slavery in this region, this image has the same visual resonance that Josiah Wedgwood’s 1787 Am I Not a Man and a Brother? medallion has for scholars of the transatlantic slave trade. Though this image isn’t new to me, I am always struck by the scale at its centre. This fixed measure of dirhams and dinars by which the lives of so many continue to be determined. A separate photograph depicts an “Arab merchant from Mecca” with his “Circassian slave”. We are informed that the Indian Ocean slave trade was not linked to any particular race or ethnicity and that, until the eighteenth century, most enslaved people across the Gulf hailed from Eastern Europe, Central Asia and Persia. This does little to explain why enslavement as a residual inheritance remains so wedded to Africa and its descendants within the imaginative landscapes of both the Gulf and the wider Arab world. Time and time again, we return to Zanzibar, to the gradual blackening of a global institution. “In the nineteenth century, an estimated 1.6 million people were enslaved in East Africa.” A display informs us that half remained on the African continent while the rest were displaced across the Indian Ocean Triangle. Next to this is a photograph of Tippu Tip, a nineteenth-century Arab-Swahili clove plantation owner and prominent slave trader. Aside from his extensive trading empire, Tip was employed by Leopold II of Belgium as a governor in the Congo Free State. The archive ripples with such tangled alliances. I study the face of this dark-skinned man who so closely resembles the thousands of men, woman and children he enslaved. The historical incoherence of Arabisation as a process, project and structuring fiction is written into his features, into the courtyard I stand in, into the history of this land, into the riptides of the Indian Ocean.

The fragmentation of enslaved communities is also touched upon, with the enslaved of the region described as lacking in “group consciousness” compared to those in the Americas who supposedly shared a “stronger sense of common origins and shared hardship” on larger plantations. This is debatable, but it’s hard not to think of the gulfs within the contemporary Black Gulf. Ethiopian maids. Kenyan taxi drivers. Somali shop owners. Sudanese doctors. The conflicting realities of guest workers, expats, professionals, third culture kids and citizens reveal chasms in both solidarity and empathy. Protected by citizenship and access to the wealth it provides, the Khaleeji descendants of the enslaved contend with the anti-black hierarchies in their own communities while occupying very different societal positions to the Black migrants surrounding them. We have yet to find a language for our commonality. Poetry may be the best one we have.

The Black presence is both foundational and fringe to Arabic poetry. From pre-Islamic poets such as Antarah ibn Shaddad to Abbasid-era poets like Nusayb and Abu Dulama, the poetics of the formerly enslaved attest to this. Antarah’s poems were included in the Mu’allaqat, or “hanging poems”, that were said to have adorned the Kaaba. Antarah, a canonic pre-Islamic poet, was born into slavery as the son of an Ethiopian princess taken captive during a raid. At Bin Jelmood House, there is an illustration of him in dazzling armour riding a horse. Some of the enslaved became poets, a description reads. Antarah’s poems speak of blood-stained “bright swords of Indian make”. Blackness, in his words, is mystically likened to musk, ambivalence and earthiness. Within a social order that did not allow him to forget his origins, Antarah’s prowess as both a poet and warrior was admired even as his humanity was denied. This seems to be a universal survival tactic of the African diaspora: weaponising unparalleled excellence in order to be accepted as part of the very national fabric built upon your labour and exploitation. Some seek this on the page. Some on the battlefield. Antarah excelled in both mediums. “In times of peace they refer to me Oh Ibn Zabebah [son of a black slave]”, he wrote. “When I am needed most in times of war they refer to me as nothing less, Oh Son of Nobles.” Antarah and his fellow “Black Crows” of early Arabic poetry reckon with the exilic and errant. Their verses are at turns boastful, tortured and reflective. “Like a volcano, I’ll spew poems that long after my death will find and hold you up to shame”, Antarah warns an enemy in one verse. Poems have afterlives of their own. They stubbornly linger through oral histories and legacies, offering a historical account that extends beyond the institutional. We would do well to let them lead us across gulfs, oceanic and otherwise. 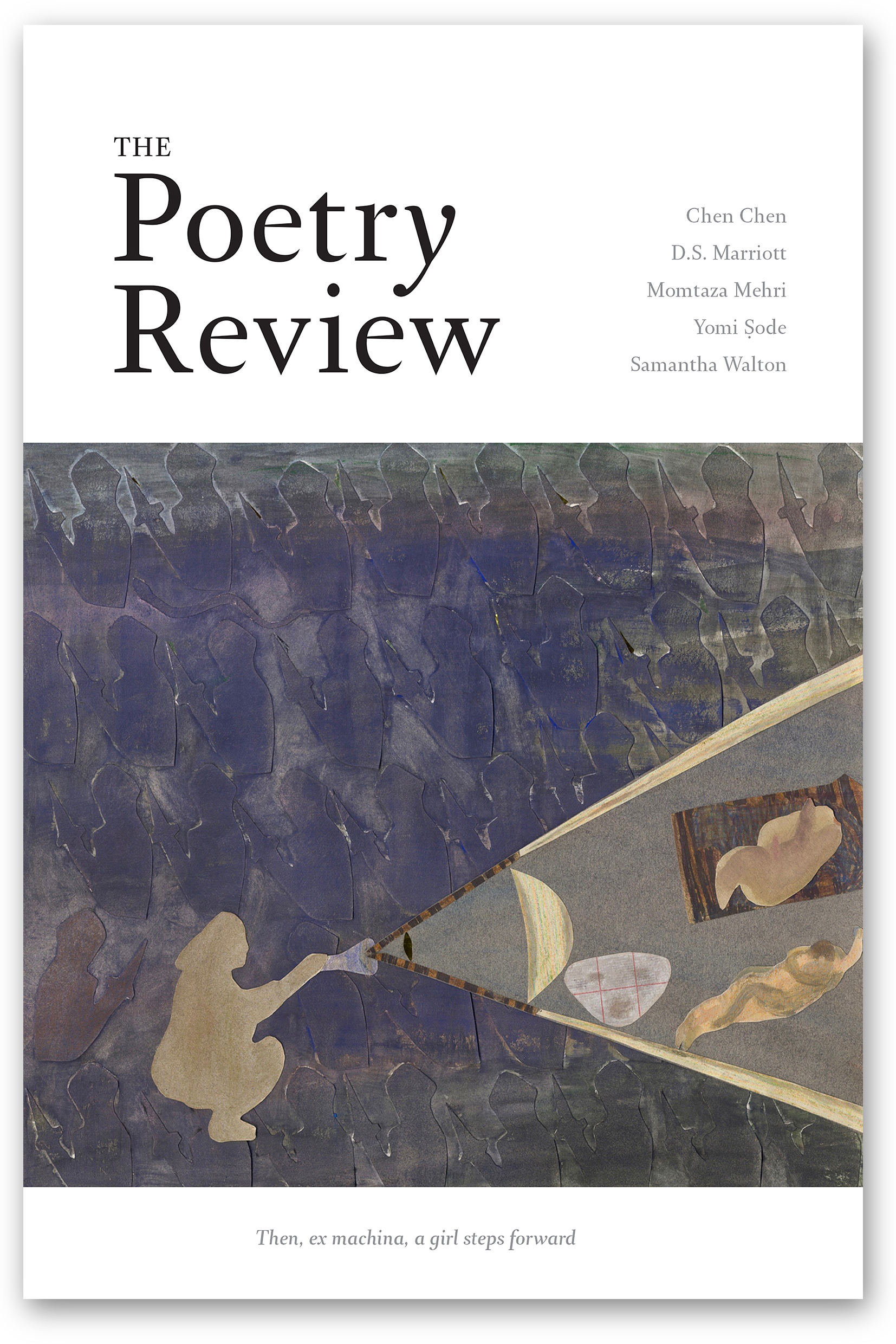 Momtaza Mehri is a poet, essayist and independent researcher. She is the winner of the 2019 Manchester Poetry Prize and her latest pamphlet is Doing the Most with the Least (Goldsmiths Press, 2019). This essay was first published in The Poetry Review, 110:1, Spring 2020. © The Poetry Review and the author.