Beast – Rope – Everyone Knows I Am a Haunting: the titles of these three first UK collections knowingly scream/shudder B-movie, highlighting that the Gothic gurlesque has become a transnational language for a new écriture féminine. As early as 2010, Lara Glenum, writing for Jacket, highlighted the Goth(ic) elements of the gurlesque, drawing a genealogy back, via Kathy Acker, to “original Goth girl” Emily Dickinson – and in these collections, it is as often a writing on the body as of it.

Cuts, wounds, scabs, births, rapes, abortions, possession, pollution, drowning: these slim collections are ‘Epicdermis’, as Khairani Barokka titles a poem. They iterate litanies of violence that sometimes reach ecstasy, edging – however self-reflexively – into hysteria. At their best, as in ‘Epicdermis’, where Okka queries that tired trope, “the analogy of woman to country… / Colonise at will, with reliable prophylactics”, these poems question and re-vision the spectacularisation, objectification and destruction of bodies identified as female, feminine or feminised, which occurs in language and across the poetic canon as well as in lived experience. 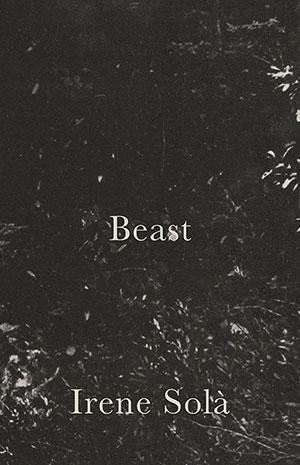 Sometimes, however, these poets’ intelligence, awareness of the traditions in which they write, and vivid flexion of language is not a reliable prophylactic against abjection and abstraction, which reproduces the violence it tries to make apparent. What Linda Hutcheon called “complicitous critique”, in The Politics of Postmodernism (1989), is still relevant and operational. Irene Solà’s Beast (which offers bilingual English–Catalan texts) struggles hardest (in the dual sense of trying and failing) to exit complicity: the opening epigraph from Sylvia Plath, one that perpetuates the hysterical image of the poet that Jacqueline Rose critiqued in The Haunting of Sylvia Plath (1991), sets the tone. Solà (translating into English with Oscar Holloway) writes:

The references to Plath are self-evident (the oven, the father), along with the favoured Gothic trope of Bluebeard. But the final line implies a fetishisation of being one of Bluebeard’s wives, rather than any critique or resistance: as the compact poems tantalise – or even seduce – with half-articulated images of sexual violence, it seems evident that it is the effort of keeping the secret that makes the girls strange. “I don’t fancy coming to the couch”, Solà writes in the previous poem (‘You’re always biting me’): in Catalan, the final word is “sofà”, an echo of the poet’s name; the English translation chooses instead the blunt resonance with psychoanalysis.

“I opened [my eyes] wider, / for you to see them better” (‘In the OpenCor the fluorescent lights’): the performance of sacrificial, spectacularised femininity – which is seen rather than seeing – has to be somewhat self-aware, in that echo of Red Riding Hood; but it is also end-stopped, the performative offering no alternative. While the title of one poem nods to Peter Pan, there is barely critique in a final line that refers to making “out of indians, sausages” (‘MRS. DARLING’) – only complicity. It’s hard to hear any irony in this wholesale purchase of the Gothic. 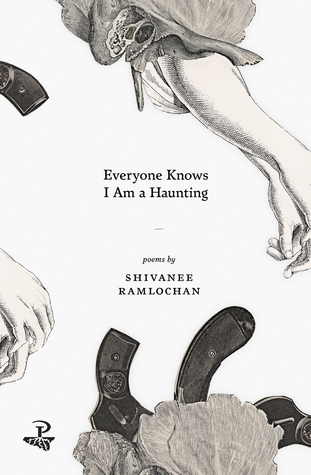 Certainly, the postcolonial poetics of Okka and Shivanee Ramlochan offer a (perhaps, necessarily) more critical stance towards violated bodies and places. Ramlochan, an experienced literary critic and editor, pours her erudition of multiple literatures and spiritual traditions into her dense, long-lined poems. They are poems of productive confusion, where genders, pronouns, religions and myths merge in the body of each poem’s speaker, who is comfortably, wilfully multiple. Ramlochan’s is an invocatory poetry; the first poem, ‘A Nursery of Gods for My Half-White Child’, calls on Ganesh, Kali, Shiva, Krishna and Saraswati, saying “some names come before your mother’s”. The poems wrestle with the overwhelming power of the divine (and the) feminine: when the gods return, in the penultimate poem ‘Vivek Considers the Nature of Secrets’, Krishna becomes Vivek’s rough lover.

As Ramlochan notes in a poem earlier in this third section, ‘Camp Burn Down’, going “cock to cock to cheap vaseline” remains “unlawful from here [the poet is based in Trinidad] to Tobago and back”, and her bold inscription of male–male desire is salutary and welcome. Yet the trace of fire in the poem leads back to an earlier pair, ‘Fire, Fire’ and ‘The Abortionist’s Granddaughter Gives Blood’, in which a wife and a husband, respectively, each consume the other. The bold figuration of confident male–male relationships operates as performative proxy for surviving the disaster of heteronormativity.

In between the opening section that includes ‘Fire, Fire’ and the closing section that ends with Vivek is the litany of ‘The Red Thread Cycle’, seven poems that explore rape culture, moving from abjection to a reclamation of the body and voice through poetry. The red thread that the subject of the first poem carries in her lap becomes a series of references to sewing; in ‘IV. The Policeman in Your Throat’, “stitch” echoes in “He pitches you open”. The work of reparation is undone by the internalisation of dominance, so that the conclusion in ‘VII: The Open Mic of Every Deya, Burning’, that “Each line break bursts me open / for applause” remains painful, even violating, in its repetition of the act of opening.

Ramlochan’s poetry is, appositely, an art of opening: her first lines – such as that poem’s “I took to the stage, knifed in” – are incisive, compelling. Elsewhere in the poems, touches of hysteria – “Macbeth for the tropics” (‘I: On the Third Anniversary of the Rape’) – threaten melodrama. “Blast the bolted doors into hell’s abattoir”, the final line of ‘II. Nail It to the Barn Door Where It Happened’, is a far less heart-stopping invocation for the rape survivor than “Make love to yourself in the darkness, in any way you can bear it”, which appears midway through.

In a more pragmatic moment, one of Ramlochan’s speakers invokes a grandmother for whom “The world can’t end when there are animals left to feed” (‘Song of the Only Surviving Grandmother’), and it is in such a grounded, multispecies world that many of Okka’s poems set their tales. The least narrative poet of those under review, she divides her collection into three, but it is really two: the final section ‘Tigo, Telu, Ink on Palm’ channels Gertrude Stein’s Tender Buttons in a series of poems (mixing prose and lyric forms) that fuse and confuse objects and objets d’art, some of which have been exhibited as paintings by the poet, who is also a visual artist. The previous two sections both take up themes of immersion in water and impregnation, linked by a concern with climate change and extreme weather events that threaten the delicate ecosystems of the poems.

In ‘Steel, Yourself’, the New York subway becomes a site of drowning. Although Okka writes that there is “no place / where purity lies / without danger”, it is not to invoke or hystericise Romantic or fundamentalist – or even conservationist – purities under threat. In another poem, ‘Meteorology’, she writes:

In summer,
I am your purple-and-soot
[…]
Epidermis mixed with creamed potatoes, Turkish bread.

Confident in her multitudinous, powerful and mobile existence as the world’s weather, the poem’s speaker challenges expectations of women of colour. In ‘October/April’, the speaker reflects on falling into tourist attitudes in (writing about) Nepal, querying whether her poem is “the stealing of a memory from all that is continuous”. This poem, and the two that follow, stand out from the rest of the collection for their specificity of place and sense of a world outside the poet’s embedding in her embodiment. The very specific, and troubled, seas they present are in unresolved tension with the seas where speakers swim in other poems.

“Tie the rope of yourself to the sea”, urges the penultimate poem, bilingually (‘Sungai Di Pesisir/River on the Shore’), but in the title poem, which closes the collection, the rope – “something to unknot” – gets tied up with the minotaur, who appears amid Ramlochan’s “red thread”, too. There is a pervasive mythos of violent, colonial masculinity that these poets cannot (yet) unknot; at least Okka and Ramlochan are calling out the beast.