The Hotel Eden is Beverley Bie Brahic’s fourth book of poetry (she has also published sixteen books of prose and poetry translations) and a cool collection of fragmentary mini-dramas. The title poem, acknowledging Joseph Cornell, a pioneer of assembly art, explains the value of scraps: “From laughter to slaughter the house of objects is repossessed.” Scraps may seem dull, “Butt-end of an egg. / The spring from a gutted clock”, but the poet can name them otherwise:

On the tip of God’s tongue, the bird waits to be named.
Profoundly silent, the taxidermist’s shop. ‘If only,’
thinks the bird.
If only what?

Against survival. Against feathers. Against corks-in-bottles. Against
the pathos of stuffed birds. Against against.
(‘The Hotel Eden’)

That tough attitude transforms many of these small scenes into stand-offs. Brahic shows you some lovely thing: the reflection of the moon, six jars of honey, but then blows gnats of irritation against her lush visuals, as in ‘Land’s End’:

We sniff the grass that smells
Fresh cut, watch the brides’
Stiletto heels stab porous turf.
The spires of the Golden Gate
Rise through a frieze
Of cypress trees

These verbs, “cut”, “stab”, nip at the idyll as do judgments littering the poem, anti-cultural (“too high heels”), anti-classical (“Vita brevis days are long”), until the last line, which presents as romantic but seems to crawl with irritation: “The light is consecrating everything.” The poet often lashes a whip. ‘The Lady and the Hollyhock’ describes bucolic pleasure, “a pretty vision”, which develops a sour taste. The last lines spit bathos at the reader: “Underneath a gargoyle / Who’s just a water spout.”

He was sick all of a sudden
He was dead
And now he’s gone
She says she thinks she hardly knew him.

Reversing that nice to nasty shock, in the final poem, ‘The Back Road’, the narrator takes a different route home via the panoramic view, but finds only shade and mud there, so gets back on her usual track, where at last she sees unappreciated beauty:

Beside a slope of gently blazing vineyards
Where grappillons still hang –

Grapes for the gleaners.

Lesson in Wordsworthian Romanticism? Perhaps. But how menacing do you find the verb “hang”? Is “blazing” ever a gentle adjective? Grappillons are late grapes, more acid than earlier bunches but worth picking. Sometimes Brahic’s professional vexation bubbles up in rage as in ‘States of Siege’, a powerful political poem:

What poetry matches a litany of facts?

What she asks of the world and clearly rarely gets, Brahic demands of herself. ‘States of Siege’ ends with this: “Just give us the facts / In their armoured personnel carriers”.

As Slow As Possible, Kit Fan’s second collection and a Poetry Book Society Recommendation, flies through eras and cultures. A biographical note reads: “his poetry moves between Hong Kong and European cultural histories, he moves amphibiously between poetry and narrative fiction.” Here, as an example, is a chair speaking in ‘A Chair from Buddha Mountain’:

Mountain – where two-thirds of the world’s chairs are born
every year in my hometown.

The gift of inheritance in ‘Anatomical and Human Sciences’ runs through Genesis, Galen, Mascagni and Gray’s Anatomy to our time in the poet’s childhood experience of medical examination. Fan summarises this flow:

[…] from the seed of the first apple springs the tree
of the cross rustling in the wind where a generation of green mouths
passes secret messages to one another
like Chinese whispers.

Fan has winged heels but he is not frenzied:

We saunter
through the road of open tombs, unnamed
by their weathered stones. Here a trace of Adam hiding
in the leaves and there a firstborn dangling
from a sword. Christ was here once, attending a funeral.
(‘Les Alyscamps’)

There is an ongoing admission of rupture, endorsed by the geography of Fan’s life experience; ironically, it knits the collection together. A majority of the poems contain words such as “not”, “no”, “without”, “nothing”. Scene-setting using negatives is common: “There was a time when we were not here / Not stirring the primal scene, not stealing the thunder / from some god” (‘Brueghel’s Trees’). Anaphora hammers the negatives:

What do the shadows remember?
Not the fireworks.
Not the laser beams.
Not the moth in fire chasing its own shadow.
(‘To the Shadow-Millions’)

With its lost civilisations, its many negatives, and even clichés such as “no substitute” (‘Don Kowloon’), “nothing at all” (‘The Burning of Books’), this book is a dream of negative thought, a book of not. Here are the last lines of the last poem, ‘White on White’:

[…] this fog
on cloud on snow is no less
than a blind spot in an absent
mind
crossing
out a figure
on an empty field no more
than one decimal place away, a
substance of a thing that has no
shadow but a yearlong full stop
rounding on and off December.

It’s brave to finish a collection with nothing more to say.

There are many ways to be negative in poetry and Amy Key’s way, in her second collection Isn’t Forever, is sassy. From the title on, her demeanour says take me or leave me, you’ll have to leave me anyway, and I’m dealing with it. ‘I do not need the sea to love me back’ is an example:

The poem ends “I waited for the sea to notice me / e”. This is a poem made out of statements, many of them one-liners. It reads simply but the collection makes many more complex attempts to get the poet noticed. ‘Announcement and next steps’ tries a Latinate way to do the hopeless/hopeful dance:

In the absence of anything as definitive
as blood type or maths, I am delighted to declare
I found the back to the earring, also the mildew is banished,
albeit temporarily. I want to share this news with you,
a check against the inventory of living. Personalised
necklaces point to living. Customisable anything suggests it’s all
worth it.

One of Key’s techniques is to mix confessed ignorance with such aphorisms as “The boundaries between self-sabotage / and self-nourish have never been murkier” (‘She lacks confidence, she craves admiration insatiably. She lives on the reflections of herself in the eyes of others. She does not dare to be herself.’) or “The heart is permanently gory” (The Best Is Yet to Come’). Some you have heard before, some are quotes from other writers; ‘Only instead of a star’ is a cento with the very awful line, “everything seems very awful”. Keys’ great-great-aunt Mabel wrote that in her diary and I love her for it.

The structure of the poems, their forms, are so varied that each page hits you almost before you read the poem: gappy, slashed, sectioned, a long drop of short lines, prose. Key’s downtrodden unsure personas hold tight to a strong technical hand-up from the mother poet, their emotional frustration rescued by formal dexterity. It is safe to regress among such grand and measured lines as these from ‘The Best Is Yet to Come’:

I have forgiven the lies I’ve been told that were intended to soothe me.

My enterprise has been: an attempt
to force emotion from things.

we’re all falling into each other.

Another hour wasted in compassion
for the screws in the bedframe.

Isn’t Forever is a PBS Wild Card Choice. Sad and sunny, tightlaced and funny, you have to like Amy Key’s poems. 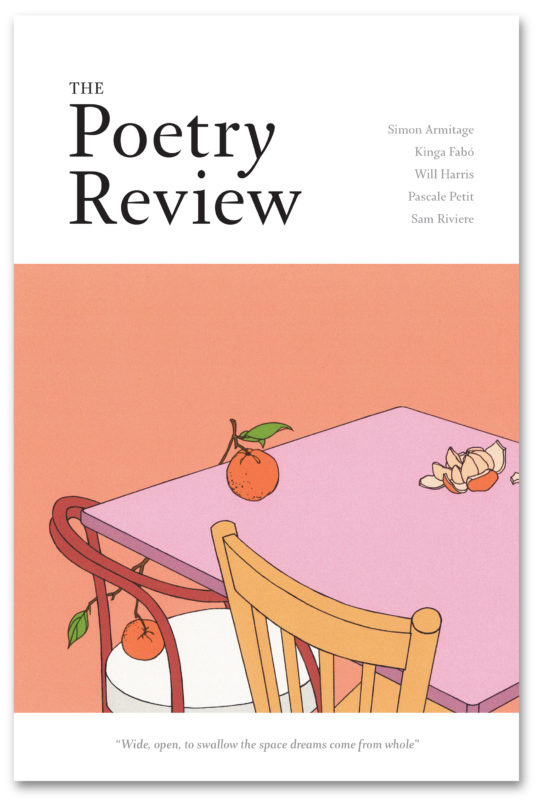