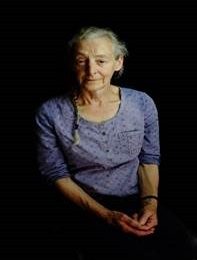 Gillian Allnutt has been awarded The Queen’s Gold Medal for Poetry 2016. The Medal is awarded for excellence in poetry, on the basis either of a body of work over several years, or for an outstanding poetry collection issued during the year of the award.

“Her writing roams across centuries, very different histories and lives, and draws together, without excuse or explanation, moments which link across country, class, culture and time,”

“The North is a constant touchstone in her work; canny and uncanny, its hills and coast, its ancient histories and its people. Her poems progress over the years to a kind of synthesis of word-play and meditation,” she added.

“In her work the space between what is offered and what is withheld is every bit as important as what is said. She has the power to comfort and to astonish in equal measure. In her outlook, her imagination, her concerns and her lyric voice she is unique.”

Gillian was born in London in 1949 and spent much of her childhood in Newcastle upon Tyne before studying at the University of Cambridge. Her retrospective How the Bicycle Shone: New & Selected Poems (2007) draws on six published books plus a new collection, Wolf Light, and includes references to family ties in North Norfolk and her life in the North East. She was co-editor of The New British Poetry (1988) and from 2001 to 2003 held a Royal Literary Fund Fellowship at Newcastle and Leeds Universities. She currently teaches creative writing in adult education and works as a writer in schools.

The Gold Medal for Poetry was instituted by King George V in 1933 at the suggestion of the then Poet Laureate, John Masefield. This year’s award will be presented to Gillian by The Queen in 2017.