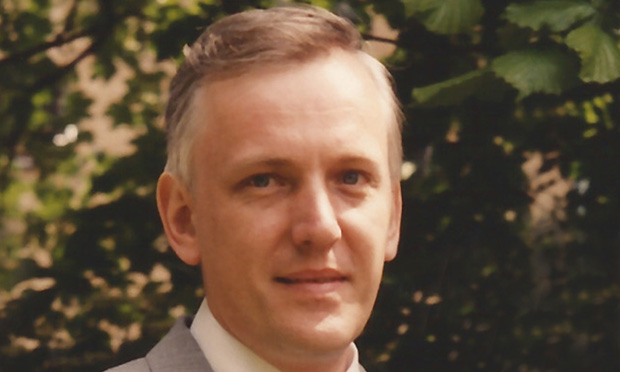 Poetry Society Member Peter Howard, who has recently died of cancer at the age of 60, had a life that straddled the arts and the sciences with ease. He designed the algorithms embedded in the device strapped to Felix Baumgartner to monitor his vital signs as he jumped from space in October 2012. And he was a prize-winning poet, performing on stage in the Joy of Six.

His poetry was widely published in magazines and anthologies, including The Faber Book of Christmas (1996, 2017). He was possibly the only person to have poetry published in both Poetry Review and the Institute of Physics’ magazine.

His first collection Low Probability of Racoons appeared in 1994 (Envoi Poets Publications) followed by Game Theory in 2005 (Top Edge Press). A full collection Weighing the Air was published in 2007 by Arrowhead Press.

He performed on stage in the Joy of Six, with André Mangeot, Andrea Porter, Anne Berkeley, Martin Figura and Wayne Hill. They delighted audiences on both sides of the Atlantic with a seamless compilation of their poems. Peter’s poetry was a vital ingredient of their distinctive multi-voice delivery.

Maybe because of his software engineering day job, Peter seemed to carve a niche for himself back in the nineties as the ‘go-to’ person for poets wishing a helping hand with new methods of writing for the new-fangled Web. He ran hands-on workshops and masterclasses on internet literature and digital poetry.

For five years he wrote a quarterly Internet column for Poetry Review. He taught Animated Poetry in Flash for the trAce Writing School at Nottingham Trent University and a module on electronic literature for de Montfort University. He animated poems by Patience Agbabi, Peter Finch and Tom Leonard for 57 Productions, among others.

“He was a lovely man and I enjoyed knowing him very much. … Gentle, understated and very funny, clever and also wise. I think he was a very good poet and an even better human being.”

“he was unfailingly generous to the many poets [around the world] who turned to him for insight and and advice about their own work… Peter was equally at home with lyric and satire, and his work often played with different registers. ‘Francesca Diffracted’ took a physicist’s look at the dynamics of the fate of the lovers Paolo and Francesca in Dante’s Inferno. His poem ‘TLA’ describes a man’s life entirely in three-letter acronyms, and in sonnet form”.

According to Martin Figura, Peter

“wrote poems that for the most part ignored the usual subject matter … and showed poems could be about whatever the hell you liked.”

Simon Rae has said of his poetry:

“… Although every line breathed intelligence, what impressed was his wit, his surrealist humour, and a penetrating imaginative sympathy”.

Here is a poem by Peter, from his book Weighing The Air, re-printed in The Forward Book of Poetry 2009:

The Uses of Mown Grass

Once we’ve heard the sleepy rattle of the cutters,
we’re a class of children in a summer classroom,
but our minds have already all run out
to the field beyond the playground,

so there’s no point, Miss, in trying to keep
our attention on adding up and taking away,
leaving a finger space, or Janet and John:
we’re busy making our plans for later.

Some of us will mark out the rooms of houses:
neat lines of cuttings, with a gap for a window,
another for the front door,
so we can invite the neighbours in for tea.

Some will make ocean liners, or space rockets;
and argue incessantly about the design,
which has most room, or goes fastest
and whether Darrell Bowser should be allowed on board.

Others will pile it up like miser’s gold.
Never satisfied with what they collect themselves,
they’ll pinch your kitchen wall, or mast, or booster,
if you don’t keep an eye out for them.

It’s warmer than snow, more fragrant,
but it doesn’t stick together as well:
so the air, when the battle starts,
will be thick with green confetti.

There will be squadrons of aeroplanes,
a green fragmentation bomb in each outstretched fist.
And there will be one who stuffs it down the back
of Julie Parfitt’s dress, mixed with nettles.

Peter is survived by his wife, Heather (who wrote this obituary) and his sister, Cottia. Peter’s three publications, plus Joy of Six anthologies, are currently available from Amazon.co.uk (Peter Howard Books, which is donating all profits to the Arthur Rank Hospice Charity).

Simon Rae has also paid tribute to Peter in the Guardian